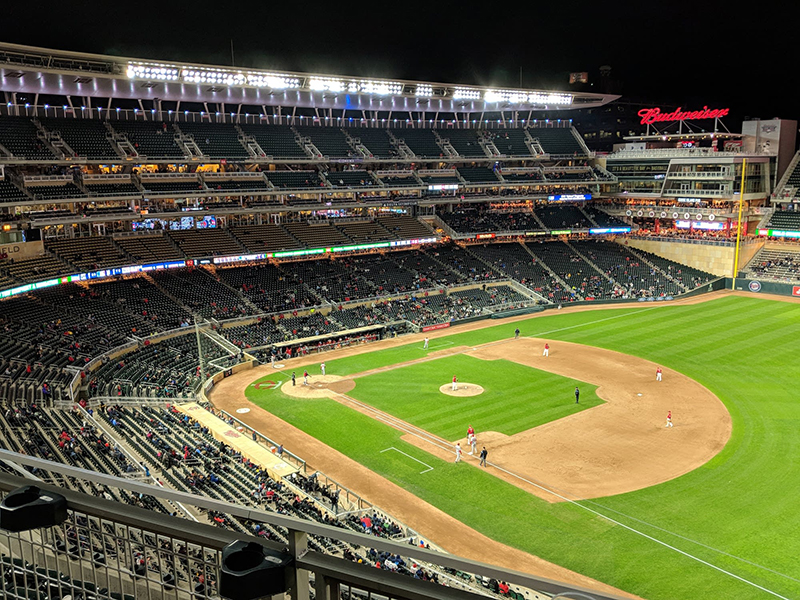 It sounds like the start of a joke — What does Iowa have that Minnesota doesn’t?

For some state lawmakers the answer is legal sports betting — and it’s no joke. They said after a failed attempt earlier this year they’ll try again next year to add Minnesota to a growing number of states that allow people to legally bet on sports.

Legalized sports betting began in Iowa last month. Now – this doesn’t mean that you can’t play some ultimate Texas Holdem with your friends and bet on the game as usual. But now, Minnesotans can place bets at a casino just a few miles over the state line. A dozen other states also allow sports betting, after a U.S. Supreme Court decision last year opened the door for it.

A Minnesota Senate committee advanced a bill earlier this year to allow sports betting at tribal casinos and the state’s two horse-racing tracks. It would have also allowed people to bet by linking their phones to authorized sites. But the bill went no further, and a version in the House never got a hearing.

“Iowa is doing it, for God’s sake,” he said. “That should be embarrassment enough for us to start doing it up here.”

Chamberlain, who chairs the Senate tax committee, estimated last session that Minnesota wagering could top $2 billion a year. His bill would have established a 6.75 percent tax on the net revenue.

He said he plans to meet next month with fellow legislators and other sports betting supporters to discuss strategy for next session.

Rep. Pat Garofalo, R-Farmington, the chief sponsor of a sports betting bill in the House, said Iowa was smart to get its system up and running before the start of the football season. The American Gaming Association released the results of a national survey this week that showed more than 38 million American adults plan to bet on NFL games this season.

“As we see a steady stream of vehicles driving down Interstate 35, and we see more Minnesotans going to Iowa spending their hospitality and tourism dollars, it’s natural that Minnesotans would be more interested in trying to duplicate or replicate the regulatory structure in Iowa here in our state with regards to sports gambling,” Garofalo said.

For the tribes, sports betting is viewed as an economic threat. Other opponents are concerned about the potential social costs, including gambling addiction.

An expansion of gambling would increase unemployment and place additional demands on the criminal justice system, said Anne Krisnik, executive director of the Joint Religious Legislative Coalition, adding that lawmakers should not be worrying about Iowa.