‘It provides a great sense of community’ 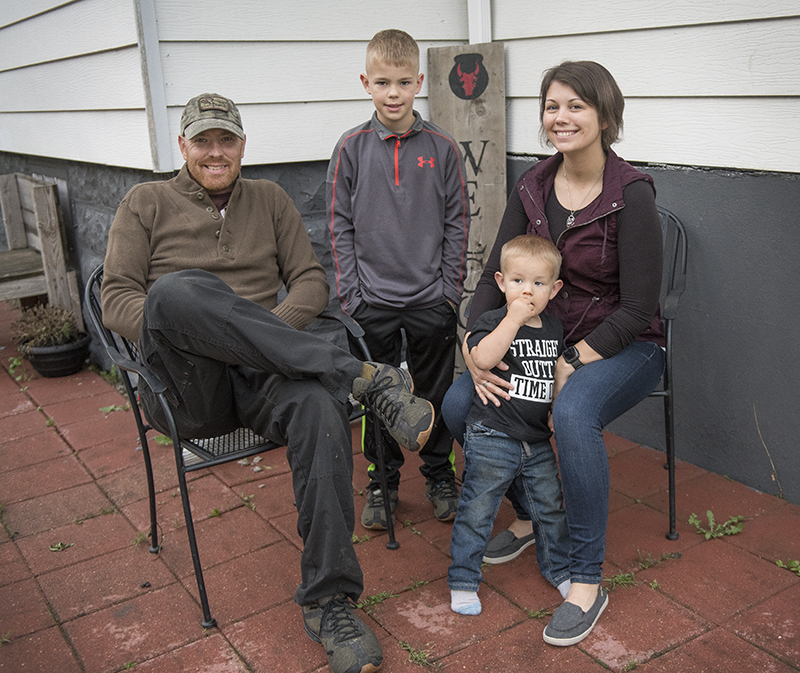 CLARKS GROVE — A Clarks Grove woman is adjusting to life back in the United States after a recent deployment to Kuwait.

Tasha Kilen, who serves in the Minnesota National Guard’s 34th Red Bull Infantry Division headquarters out of Rosemount was deployed in September 2018 and returned home in the middle of July.

Kilen said she and the other troops in the unit first went to Fort Hood, Texas, before traveling to Kuwait. The unit was responsible for leading U.S. Central Command’s Task Force Spartan, which increases military readiness and capability in order to maintain regional stability and partnerships.

Kilen said she performed administrative duties such as reviewing and processing awards, reviewing and editing memorandums and setting up housing and food for the travel party for the three-star general. She also attended a three-week course on leader development with some of her peers.

She said she normally works in the human resources division, working behind the scenes. While in Kuwait, her position moved to where she was working in front of people, setting up tours and meetings and acting as a liaison some days.

It was her first deployment in her four years of being part of the National Guard.

“It was tough being away from home,” she said.

Though she has been separated before from her husband, Eric, who has been a member of the National Guard for almost 20 years, she had not been separated from her children before. She has two children, Rex, who is 23 months, and Keegan, who is 8. 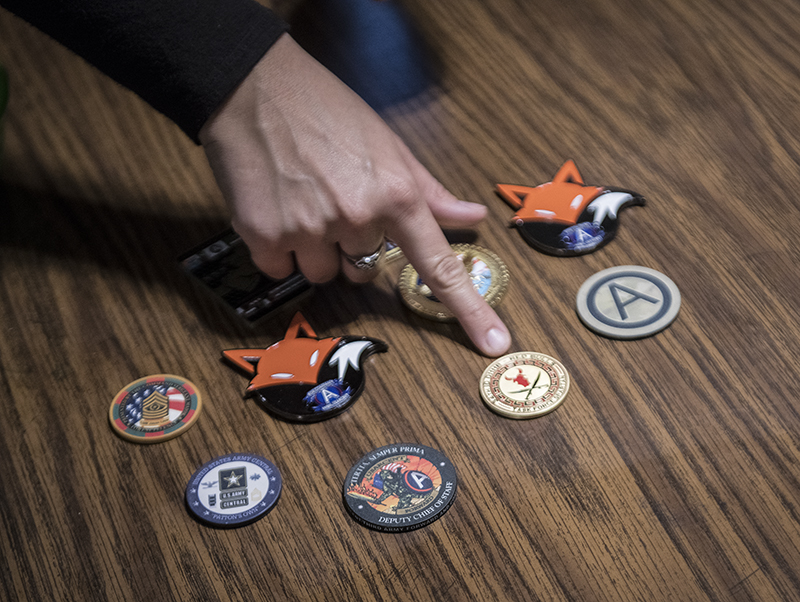 Kilen explains the different meanings of the coins she has earned over her career. – Colleen Harrison/Albert Lea Tribune

At the time she left, Rex was only 11 months. She said she was lucky to see him take his first steps, and they had his 1-year birthday party before she left.

“I got to see all the firsts, but I missed that in-between stage, and now he’s running around everywhere,” she said.

Kilen said her husband received a lot of support from his mother and her mother while she was gone, along with others. She noted that the American Legion Auxiliary checked on the family a couple times and sent care packages and boxes of cards for Mother’s Day and Father’s Day for her and the other soldiers.

“It always made my day to know I got something from home,” she said.

She said some of the highlights of her time in Kuwait were the great food and the gorgeous views of the Arabian Gulf.

When she came home in July, she took a few weeks off and then went back to work as a full-time banker at Home Federal Savings Bank in Owatonna.

She continues to go to fulfill her National Guard duties one weekend a month, along with annual training, until they get orders to go again, which she does not anticipate will be in the near future.

She said she joined the National Guard in the first place partly for health care and partly for the education benefits.

“I was in a tough spot in my life, and I just needed something different,” she said. “(My husband) was like, ‘Go do it,’ and it’s been a good decision. It’s worked out well.”

Now that she is back home, she hopes to be more involved with the American Legion Auxiliary, which is made up of other women who have served in the military or who have supported a spouse or a family member in the U.S. Armed Forces.

“It provides a great sense of community,” Kilen said. “To know that there’s that continuous support when I’m gone or at home.”