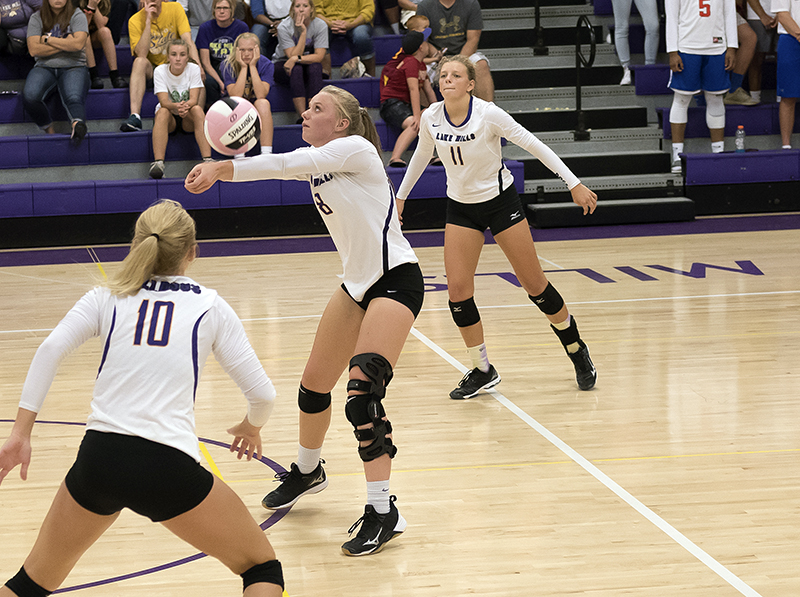 The Lake Mills volleyball team dominated its way to another win Tuesday night when it hosted Belmond-Klemme.

Head coach Jim Boehmer described the night as a “roller coaster” for his team. He said the team hit and handled the ball well in the first set, however, Belmond-Klemme took advantage of Lake Mills’ mistakes in the third to make it a much closer set.

Another point of emphasis for Boehmer was at the service line.

“We are feast or famine at the service line,” Boehmer said. “We had a good first and second set, but then we crashed in the third set. … We did go from 85% last Thursday to 90% today, so we will take that improvement.” 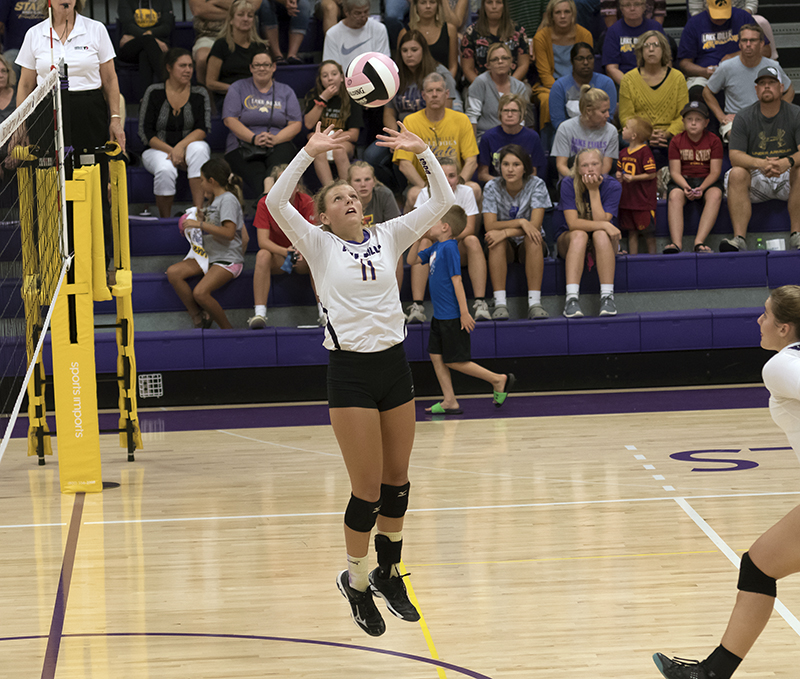 Lake Mills senior Jessa Gasteiger sets up a teammate Tuesday night against Belmond-Klemme. The Bulldogs beat the Broncos in straight sets to improve to 2-0 on the season. – Lory Groe/For the Albert Lea Tribune

Seniors Hope Levine and Megan Groe and sophomore Leah Moen were all perfect from the service line. Levine and Groe were both 11-11, while Moen was 17-17. Junior Makenna Hanson was 18-20 with six ace serves.

Senior Jessa Gasteiger led the Bulldogs in assists with 26. Groe had eight kills and junior Kylie Greenfield was close behind with seven. Levine led the team with eight digs and Gasteiger had six.

Despite the win, Boehmer said the team has the capability to be much better.

“We need to get better faster and that is something we can do,” he said. “Our talent level is high and we just need to relax and play volleyball. We have been practicing well so now it’s time to carry that over to our match competition.”

The Bulldogs improve to 2-0 on the season and 2-0 in the Top of Iowa Conference. They will play again Thursday when they travel to take on Bishop-Garrigan.