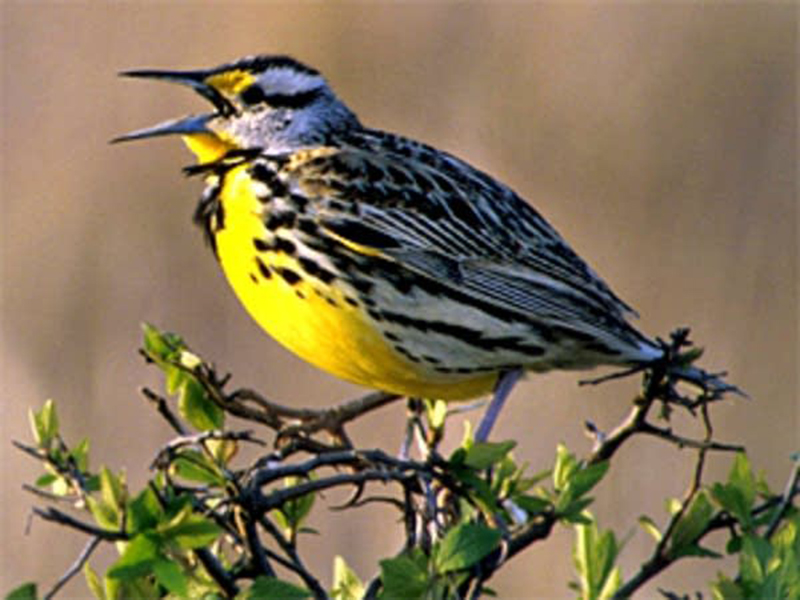 North America has lost more than a quarter of its bird population, or nearly three billion birds.

Carrol Henderson has seen this decline here among some of Minnesota’s bird populations. He is the recently retired director of the Nongame Wildlife Program at the Minnesota Department of Natural Resources.

Henderson said the western meadowlark, which is down nearly eight percent, and the grasshopper sparrow, down more than seven percent, have seen the steepest declines.

“These are all types of species which have been largely reduced to very small numbers on prairie regions where they were once extremely common,” Henderson said.

Henderson also notes what other experts have noted in recent years: a gradual decline in the state’s pheasant population.

Some other takeaways from Minnesota’s numbers: Of the 210 Minnesota species analyzed in the BBS data, 58 percent show negative population trends; 14 percent appear stable; 27 percent appear to be increasing. Species on the increase include the bald eagle, wild turkey and Canada goose.

The factors leading the species decline in Minnesota mirror what’s happening at the national level.

Henderson cites changes to the region’s landscape. For example, he points to agriculture production and its effect on bird habitats.

“When you talk about an increase in productivity for crop production, then you have a comparable dramatic decrease in bird life, as well as insect life,” Henderson said.

Recent data from the U.S. Department of Agriculture show the average Minnesota farm gaining in size. Henderson said that, along with urbanization, can have a major effect. He said grasslands are one of Minnesota’s most imperiled habitats, and when insects that occupy these areas are wiped out by these changes, the birds that rely on them start to go away, too.

Precision farming to the rescue

In recent years, Minnesota farmers have been more mindful about implementing conservation practices.

When it comes to helping natural habitats, precision farming is considered one of the ways the agriculture industry is trying to scale back landscape changes that have had damaging effects.

David Mulla heads the Precision Agriculture Center at the University of Minnesota. He said this type of farming means using technology, such as GPS and drones, to ensure that land doesn’t go to waste.

“It could involve retiring land from production if the land is marginal. These could be near sensitive areas that are used by birds and other animals,” Mulla said.

In addition to precise acreage use, the practice aims for more accuracy in spreading around fertilizer and pesticides that could be harmful to animals.

Mulla said precision farming is part of requirements that farmers need to meet when they apply for reimbursements for conservation efforts. Minnesota’s Conservation Reserve Enhancement Program was launched in 2017.

Under the program, landowners enroll land in the federal Conservation Reserve Program for 15 years. But they also sign up for the Reinvest in Minnesota program, and agree to a permanent easement, a legal document stipulating the land must always be managed for conservation.

Mulla cautions that this isn’t a cure-all: He says other tools, such as wetland restoration, can be helpful in restoring bird populations.

Either way, such efforts give bird lovers like Carrol Henderson hope that species they don’t see much of any more will once again flourish in Minnesota.