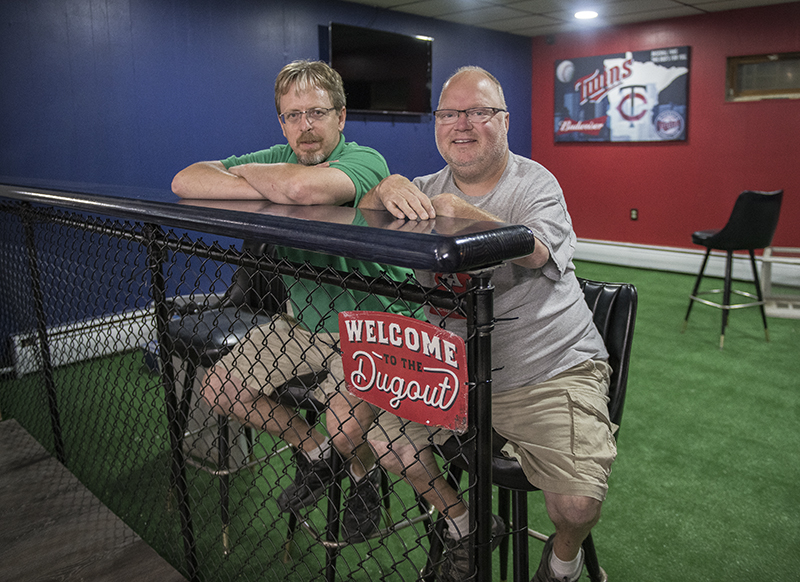 In continuation with the revitalization of the south side of Albert Lea, Bleachers Sports Bar & Grill opens Thursday to become the most recent installment.

Located in the old Knights of Columbus building on South Broadway, Bleachers is owned by longtime friends Jason Hoiseth and James Hagen. The idea to open the bar came up around one year ago when Hagen decided to act on his longtime idea of opening his own bar and restaurant.

“We started talking about it and looking at pricing, and it kind of just all came together,” Hoiseth said. “Our ideas were all about the same. We had the same vision. We just wanted to have a really fun, safe, clean place to be, focused on sports and really good food.”

Hoiseth said once they took over the building, there were no major changes they needed to make the building an operational bar and restaurant. Aside from the painting and putting a modern spin on what was already there, Hoiseth said the projects have been small.

Hoiseth said the hardest part about getting ready for the opening was finding out what the community wants.

“When you start talking about it, you can get 100 people with 100 different ideas,” Hoiseth said. “The hardest part is deciphering the good ideas from the bad ideas. It’s fun because you get grandiose ideas, but then when you have to put them in practical use, that’s probably been the hardest.”

Although the bar will officially be open starting at 4 p.m. Thursday, there will be an event Saturday when the bar will host the band My Sweet Violet. They will have a grand opening in around a month’s time, according to Hoiseth, once they get the hang of their operation. 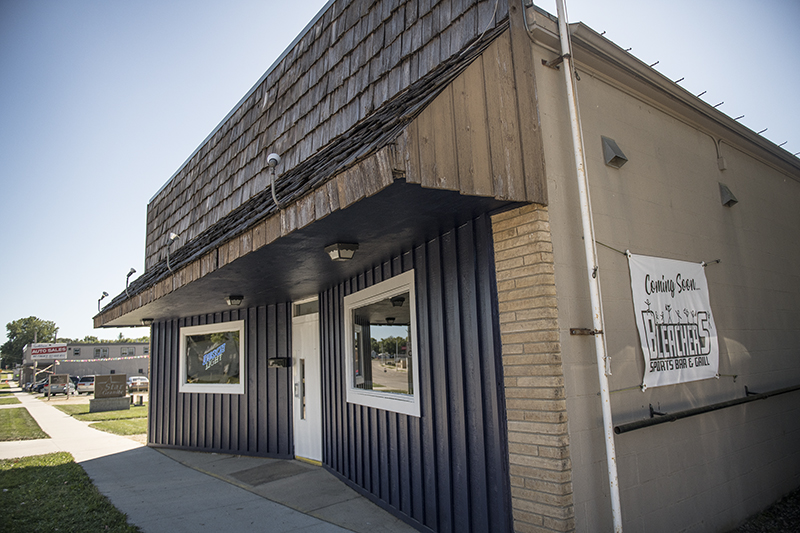 In continuation with the revitalization of the south side of Albert Lea, Bleachers Sports Bar & Grill opens Thursday to become the most recent installment. – Colleen Harrison/Albert Lea Tribune

With a restaurant seating area, a full bar, multiple TVs and a stage area, Bleachers aims to cater to anyone who decides to stop in, according to Hagen.

“There’s the older generation who might stop in for a meal a little earlier in the evening, then the middle-aged crowd like me will come in for the second shift, then around 9 o’clock we turn it over to the younger crowd and let them have fun,” Hagen said. “I’m just fortunate I’ll be here to see it all.”

With the addition of Thirsty Fox Pub, DAE Liquor and the moving of Slumberland and Domino’s, the south part of Albert Lea has been under a sort of renaissance period — something Hoiseth said he is proud to be a part of.