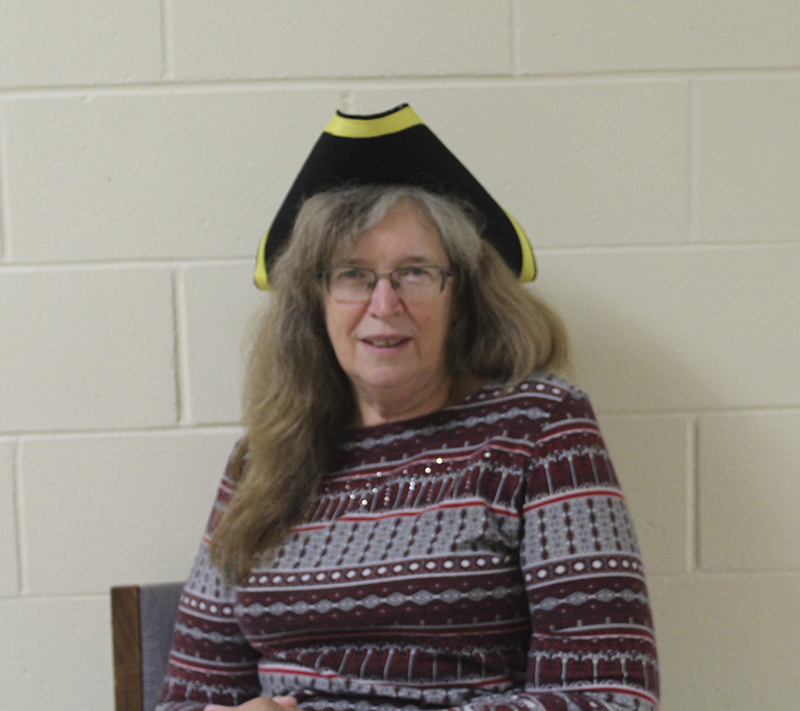 High on the list of favorite pastimes for NRHEG English teacher Deb Bently is riding roller coasters, according to a press release. Since her favorite coaster companion, sister-in-law and teacher Joan Fletcher, lives near Six Flags Great America amusement park in Illinois, Bently makes three to four trips a year with the specific intent of spending the day going from coaster to coaster, riding as many as possible in the available time.

“Joan and I joke about future careers as coaster critics,” Bently said. “We’ve considered calling ourselves ‘Hoot’ (Fletcher) and ‘Holler’ (Bently), and posting YouTube videos of our commentary. I guess this would be a possible first step.”

So when Bently learned of an unusual Special Olympics fundraiser at Great America, she found it irresistible, according to the release.

“The premise is no different from a typical 5k or 10k event,” Bently said. “Except that, instead of running or riding a bike, the challenge is to ride the named distance on roller coasters.”

Bently has set her sites on the half-marathon level, which means she must ride 13 miles-worth of rolling, thundering, twisting, tracks and raise a minimum of $500, the release stated.

“I get goosebumps just thinking about it,” Bently said. “I would love to support the Special Olympics — and I would especially love to do it by riding roller coasters. Even better still is the chance to do all that in the company of my favorite daredevil. I love being flung around, but ‘Hoot’ believes in holding her hands in the air for the whole ride.”

Both Bently and Fletcher had their 60th birthdays this year.

Bently admits that 13 miles-worth of roller coasters may stretch even her limits, but has no doubt that her sister-in-law’s companionship will help her make it through. At any rate, she said she is happy to try, and to support Special Olympics by doing so.

When looking for a gimmick that might encourage people to donate in support of her challenge, Bently had an array of quirky choices, the release stated.

“I’m infamous for my rooster crow,” she said, and if students fall asleep in class, she will often use this particular talent to wake them up. “But that only has a limited use, since no one wants to hear non-stop crowing. I will, though, if anyone wants, crow on demand for a $1 donation.”

Something else Bently is well known for is a closet full of costumes and props, collected over time for the sake of various plays and drama events. Among her collection, to name a few, are a jockey’s headwear, crowns and tiaras, a pith helmet and a Renaissance-style beret with an ostrich feather.

“So, if I meet my $500 goal, for the next 10 school days, I will wear whichever hat my students choose that morning for the remainder of the day. I’ll wear it everywhere I go, including any evening meetings or outings.”

Bently plans to put donors’ names in a hat, and draw each day to determine who gets to choose.

Bently also promised to post photo updates during her coaster riding — including at least a few embarrassing ones, the release stated. She invites anyone who wishes to donate to contribute to her PayPal account at debrabently@gmail.com, to deliver money in person or to mail it to her at NRHEG Secondary School, 306 Ash Ave. South in New Richland.

The Albert Lea Art Center announced its capital campaign for 2019-20.  “The move to 101 South Broadway has exceeded all... read more