Local woman enjoys making her own pinatas for others to use 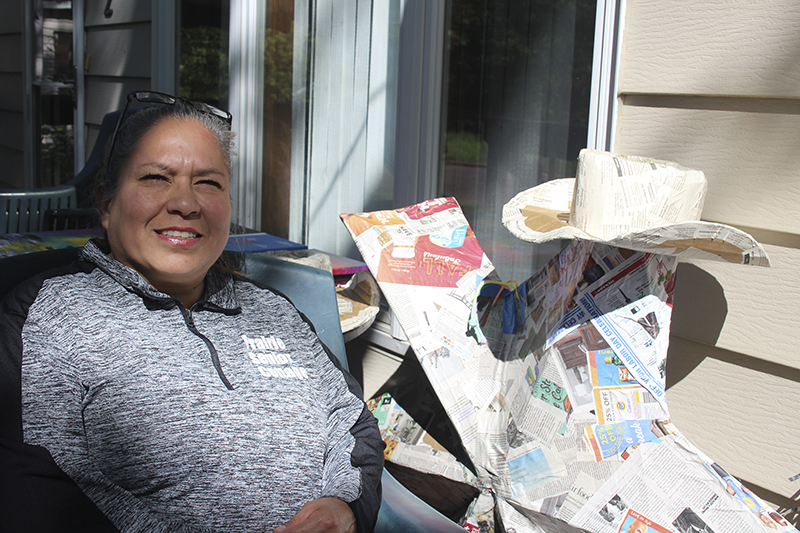 The first pinata Carolina Peña made was for a family Christmas in Texas. It was a star.

It didn’t quite work.

“They couldn’t break it,” she said.

But since then, Peña has kept making pinatas, averaging about one a month while still working for Prairie Senior Cottages and being a mom and grandma.

The pinatas are crafted using paper mâché, a process that uses a homemade flour-based glue and newspaper strips to create a hard exterior shell. Peña said she uses sheets of cardboard she orders specially for her pinatas as the forms, tracing them into the proper shape — a cowboy boot, a Spongebob — cutting them and folding them into place before covering. 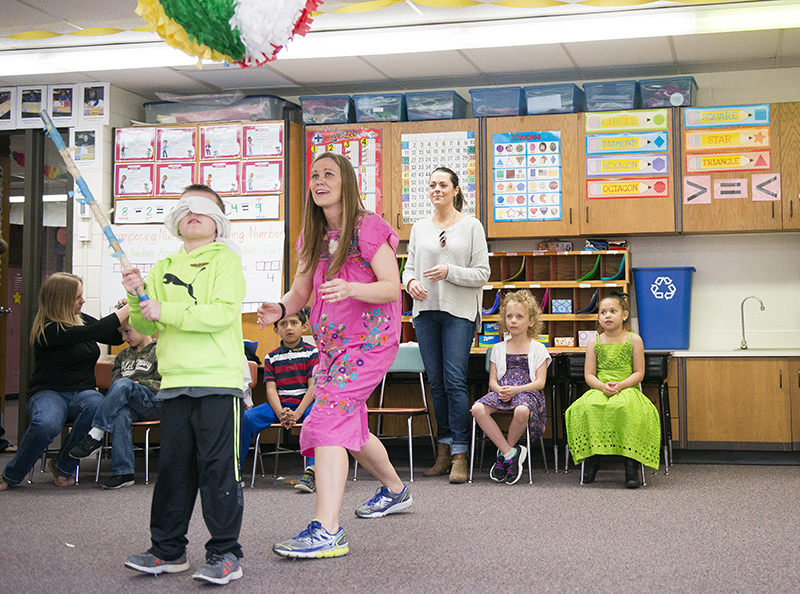 She then uses tissue paper purchased in sheets and cut into first thin strips, then fringed for the exterior decoration.

The ideas for her pinata shapes just “come out,” Peña said.

Her pinatas tend to be larger in size.

“Minnesota’s got big trees, so I like them big,” Peña said.

She said bigger pinatas also tend to be more fun and exciting for children.

By the time she was 18, Peña already knew how to make pinatas, she said. When she was younger, about 6 years old, she went to visit a man who rented his home from Peña’s father. He made pinatas.

“He let me stay and watch him,” Peña said. 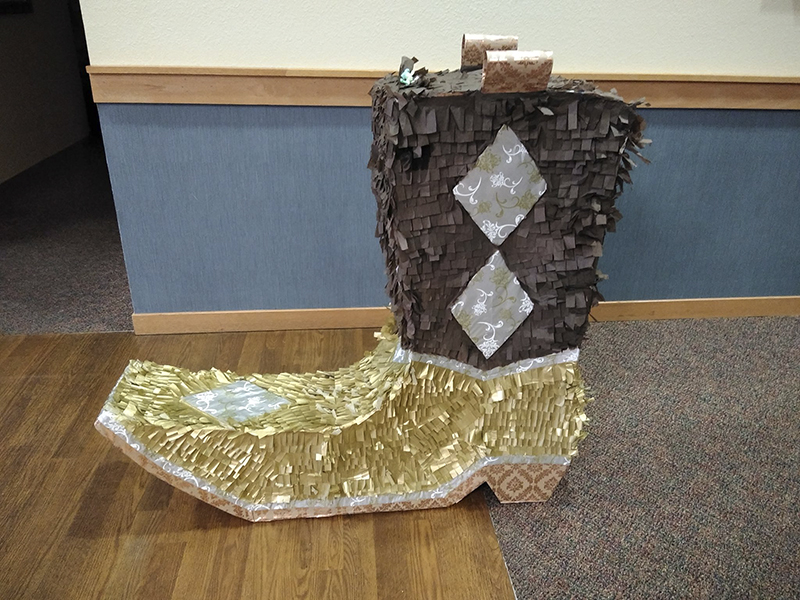 Carolina Peña learned to make pinatas after watching a neighborhood man make them while she was growing up. Sarah Kocher/Albert Lea Tribune

Like the man she learned from, Peña makes pinatas for others (and for camping trips she takes with others). She has pinatas for sale at The Albert Lea Art Center, has made them for Prairie Senior Cottages and constructs them for people who know her and ask.

Peña said she also makes pinatas inspired by the Mexican and French flags for Lakeview Elementary School’s first grade Cinco de Mayo celebration. She started when one of her daughters was in first grade and has continued since.

“Each one has been different,” said Lakeview first grade teacher Michelle Kluender.

The students learn about Mexico for weeks before Cinco de Mayo. They learn about traditions, customs, color and number words in Spanish, landmarks and more, Kluender said.

“They spend all day learning about different things, so the pinata is like the fiesta,” Kluender said.

Before Peña began making pinatas, they would purchase one for the celebration, Kleunder said. Because of how she constructs them, Peña’s pinatas are sturdy enough for all 20 children to take a swing, which Kleunder said was not the case before.

In addition to pinatas, Peña draws in charcoal and paints with oils, acrylics and spray paint. One computer room wall is decorated with leopard spots and Albert Lea Tigers eyes.