A memorial service for Nicholas Ramirez will be at 11 a.m. Tuesday at Bonnerup Funeral Service in Albert Lea with the Rev. Kurt Farrell officiating. Visitation will take place one hour prior. Interment will be at St. Theodore Catholic Cemetery. 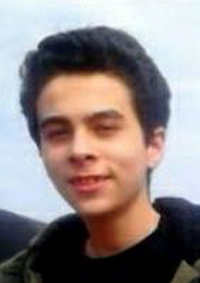 Nick was born Nov. 20, 1997, at Naeve Hospital in Albert Lea to parents Anthony Ramirez and Michelle Buchholz. He enjoyed growing up on the family farms in Lydia and Le Center surrounded by his chickens, goats, cats and dogs.

He loved being in the outdoors while discovering and learning about nature. His favorite past times were camping, hiking, biking and bonfires. When he wasn’t outside he enjoyed reading, hanging out with his beloved turtle and playing on his Xbox. If Nick was interested in a subject, he would thoroughly research it and truly enjoyed sharing his newfound knowledge with his friends and family.

Nick enjoyed living in different cities in Minnesota, including Waseca, the Mankato area and then in 2012 returned to Albert Lea. Since then, he enjoyed many adventures with his dad, Anthony.

Nicholas is and was loved by family and friends and will be dearly missed by all who knew him.