Two physicians working at Mayo Clinic Health System in Albert Lea are bringing attention to the impact artificial intelligence can have in the medical field in a new research review published last month. 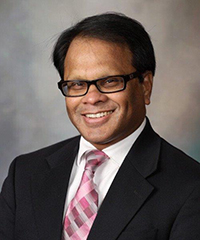 Doctors Mohammed Yousufuddin and Kogulavadanan Arumaithurai are two of the 10 authors listed on the Journal of Neurology paper, which explores the effects of artificial intelligence on neurological disorders, including prevention, diagnosis and monitoring of disorders; analyzing data and developing new protocols. Yousufuddin is a doctor in internal medicine and Arumaithurai is a doctor in neurology.

Though artificial intelligence is still an emerging technology in the health care field, it has the capability of reducing serious medical errors and excess cost and providing faster and more accurate diagnoses, Yousufuddin said. He said it can also help increase quality time between physicians and patients and reduce the waste of resources.

The paper talks about the ability of devices such as smart watches, phones and other devices to predict the time of a stroke and the risk of a recurrent stroke, to detect seizures or atrial fibrillation and to diagnose certain types of dementia, concussions, Parkinson’s and other disorders. 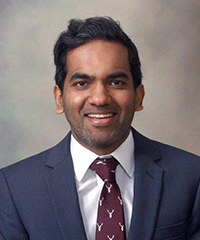 “Though AI utilization is limited for a wide variety of reasons … it has the potential to serve as a powerful tool for neurological care,” it states, noting that it could “revolutionize” the management of neurological disorders and should become a staple in the medical community.

He said to facilitate wider adoption of artificial intelligence, large scale studies need to be conducted, and Mayo has the opportunity to play a pioneering role within the health care sector during this process.

“That will make a huge difference,” he said.

Yousufuddin said Mayo’s vision is that artificial intelligence functions as a support system, not a replacement, allowing more day-to-day tasks to be delegated to the technology so the physician can focus more on high-value activities such as creativity, cognitive insights and empathy.

While artificial intelligence can provide diagnostic and therapeutic information, the final decisions are still made by the doctors.

He said Mayo Clinic Health System is planning to undertake a study to improve the fitness of people at the health system’s Austin campus for elective surgery such as hip and knee replacement using artificial intelligence tools.

High-risk patients will be monitored for potential complications and tools of artificial intelligence will be used during post-acute care rehabilitation.

Arumaithurai said physicians are appreciative of the research they are able to do with their work at Mayo and the support they receive for it.

There are currently more than 200 instances of artificial intelligence or machine learning currently in use throughout Mayo Clinic.