A private funeral service for Ronald J. Sipple, 71, of Albert Lea will take place. Online condolences are welcome at www.bayviewfuneral.com. 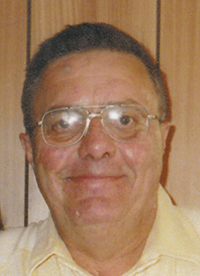 Ronald John Sipple was born March 11, 1948. He loved spending time with family, especially his grandchildren and great-grandchildren. He also loved to take his kids and grandkids on trips to Adventureland, which they visited many times.

Ronald loved to talk to everyone. He enjoyed many years of farming with his dad. He and his wife liked to take trips to the casino and spend time together. He was truly a family man.

Ronald was preceded in death by his parents John and Evelyn Sipple; sister, Jane Hebert; and fathers-in-law Donald Olson and Warren Thorson.