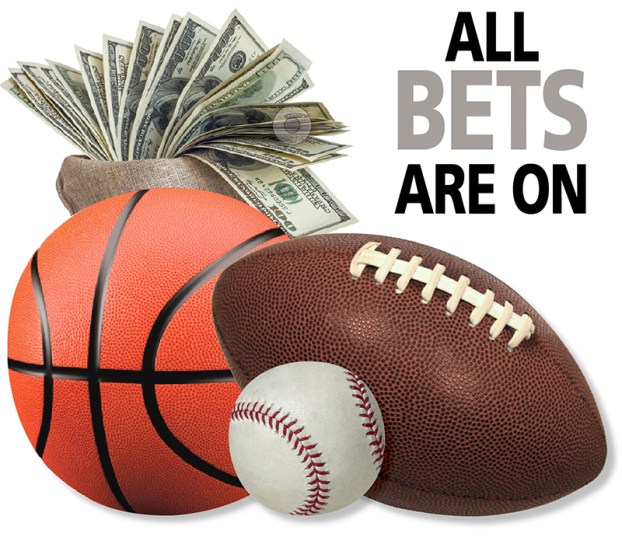 As of May 2019, the state of Iowa legalized sports betting, and on Aug. 29 Diamond Jo Casino in Northwood opened business to its new sportsbook.

Partnering with one of the top sportsbooks in the country, FanDuel, the new service at Diamond Jo has made a major impact on the casino, according to Diamond Jo Vice President and General Manager Steve Smith.

Smith said by adding the sportsbook on top of the slots, table games, entertainment and food options that are already offered by the casino, it brings in a whole new demographic to the playing floor.

“There’s a lot of people that maybe never had interest in slots or table games, but always had an interest in sports,” Smith said. “They are now able to visit the property and can place a wager on their favorite team and then stick around to watch the games on all of our TVs.”

The minimum wager that can be placed on a bet is $5, and there is no real maximum, according to Smith, and there are no signups necessary to place a bet once in the sportsbook. There are cashiers available to help with inexperienced gamblers and automated kiosks within the sportsbook when the cashiers are unavailable. The kiosks have been surprisingly popular so far, according to Smith.

Coming soon will be the FanDuel app, which will allow players to place wagers on the game remotely after signing up through the app. However, all bets must be placed within the Iowa border. Anyone is welcome to get the app, but all wagers need to be placed in Iowa and the location tracking on the app can come within two feet, according to Smith.

“Once we have the app, people can make bets within the state of Iowa,” Smith said. “The apps and the kiosks are popular because people like to do in-game betting. When a game is going, they like to bet in the next touchdown, who’s going to win the quarter or the next score, things like that.”

There is no exact date for the release of the app, but Smith said to look for it in the near future.

“It’s still too early to have exact projections and things like that,” Smith said. “September is a little awkward in that the first week is a holiday week, which always brings in more people. We are early into the football season, and foot traffic has increased just because there’s a new offering in itself.”

The sportsbook offers betting in the traditional sports like football, basketball, baseball and hockey, to the sports of MMA, boxing and pay-per-view events.

“It’s all about having fun,” Smith said. “It’s all about the socialization of it. People like to come with their friends, place their wager and then watch the games in the book or at the Big Wheel Bar, which is right next to it.

“It’s exciting to be partnering with FanDuel and the technology and name brand recognition that they bring as well,” he said.

1 of Brown’s accusers has met with NFL

Two people with knowledge of the investigation into Antonio Brown being accused of sexual assault tell The Associated Press that... read more