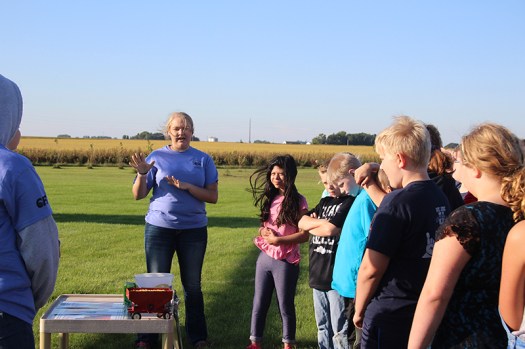 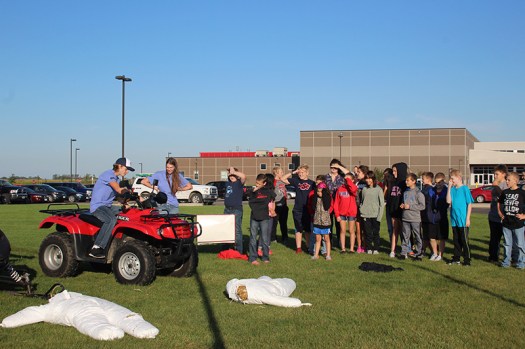 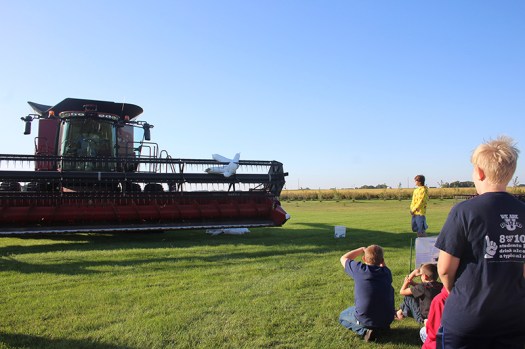 United South Central students demonstrate how a person could be injured by a combine. - Sarah Kocher/Albert Lea Tribune 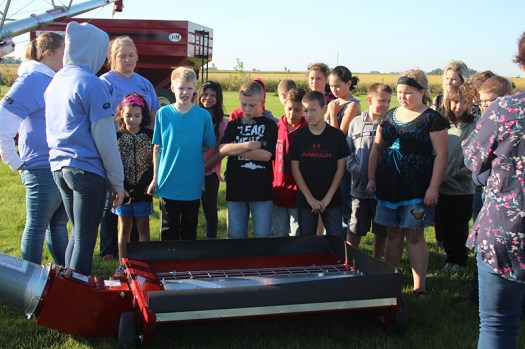 Juniors and FFA members Paige Adams, Mariah Lutteke and Josie Schumann show students farm equipment Tuesday and teach them about how to be safe around it. - Sarah Kocher/Albert Lea Tribune

“All these little kids, everything looks like toys,” he said.

When it comes to farm safety, Dylla encouraged people to take their time. Accidents are preventable, he said.

Though he estimated the majority of United South Central students do not live on a working farm, the messages from safety demonstrations carry through as students consider safety around cars, pickups and snowmobiles, he said.

“Think a little bit,” he said.

Lutteke said it was nice for younger children to learn farm safety at an early age.

Fifth grader Kaylee Schroeder attended the demonstration Tuesday morning and said she learned about ATV safety. She said she also learned not to lean up against the glass inside a combine, as the door could open on you. She has done that before, but she won’t do it again, she said.

She also encouraged people to be safe.

“You never know what could happen,” she said.