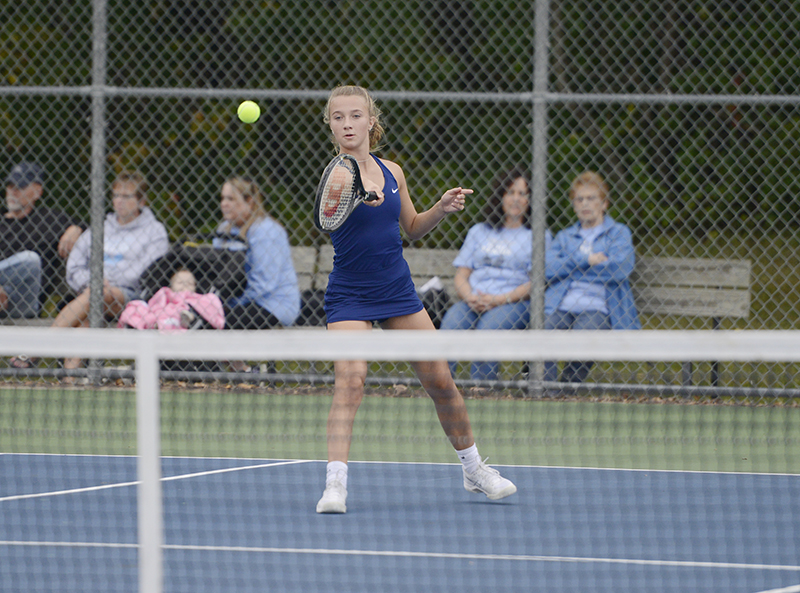 Despite many close sets, the Tigers were unable to overcome the Blue Jays, falling 5-2.

Senior Sam Skarstad played in the No. 1 singles match and fell 6-4, 6-3. Despite the loss, Skarstad came back from a 5-0 game deficit in the second set to win three straight before her opponent ended the match.

Junior Shelby Hanson competed in the No. 2 doubles match and went into a tiebreak in the second set after losing the first set 6-1 However, Hanson dropped the tiebreaker and lost the match 6-1, 7-6 (7-4). 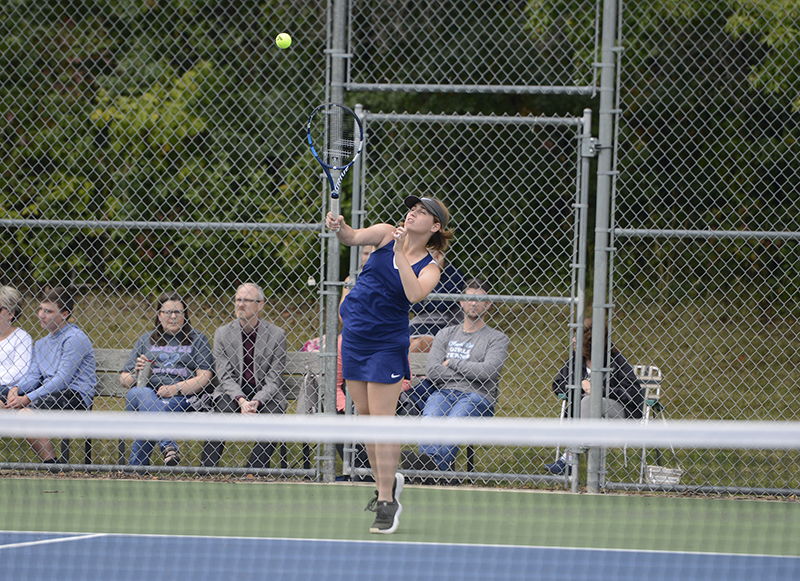 Albert Lea senior Madison Prihoda serves a ball during the first set of her No. 2 doubles match. Prihoda and Kaedyn Kirchner picked up the only doubles win for the Tigers Thursday, 6-3, 7-5. – Tyler Julson/Albert Lea Tribune

The senior duo of Riley Johnson and Brooke Maier played in the No.1 doubles and lost 6-4, 6-0.

The Tigers picked up their only doubles win of the night in the No. 2 doubles match from seniors Maddie Prihoda and Kaedyn Kirchner. Prihoda and Kirchner won their match after a second-set scare, 6-3, 7-5.

Juniors Dominica Eckstrom and Hannah Conn fell in their No. 3 doubles match 6-3, 6-4.

The Tigers fall to 2-11 on the season and will play again Saturday in the Big Nine Conference tournament at Rochester Outdoor Tennis Center.