Who does it help? 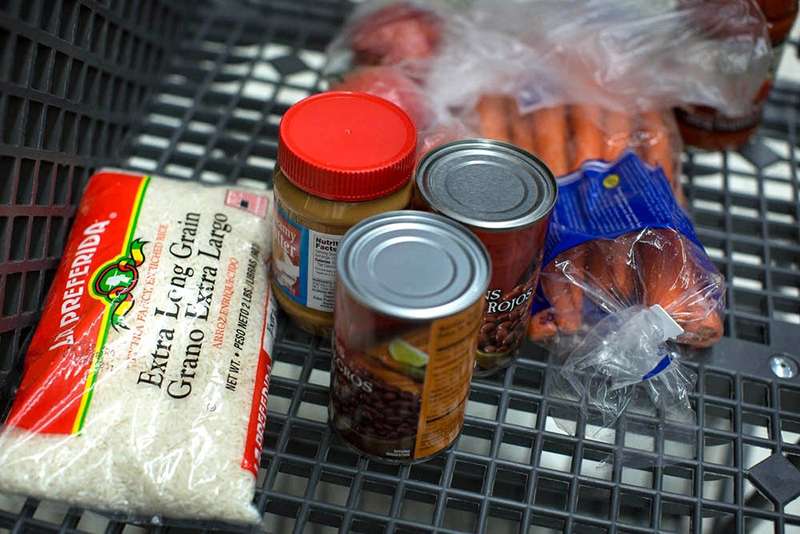 Groceries sit in a cart at a Minneapolis Cub Foods. - Jennifer Simonson/MPR News

Trump plan would cut food aid for over 35,000 in Minnesota

Some 18,000 children in Minnesota would be affected, according to the Department of Human Services. A public comment period on the proposal ends Monday and interested people can submit their comments online through the Federal Register.

The administration’s goal is to end what it calls a “loophole” in the food stamps program that allows states like Minnesota to offer help to more people.

Minnesota and dozens of other states use what’s known as “broad-based categorical eligibility” for food stamps, which are formally known as the Supplemental Nutrition Assistance Program, or SNAP.

In Minnesota, that allowed DHS officials to increase the income limit for receiving food stamps from 130 percent of the federal poverty guideline to 165 percent. For a family of three, that means a jump from a $27,024 annual income limit to $34,296, per DHS.

Lipps said the cuts would save an estimated $2.5 billion annually. That’s less than one half of 1 percent of the federal budget in fiscal year 2019. It’s about one-fifth the cost of a single Navy Ford class aircraft carrier.

People who would lose their food stamps will just fall back into the already-strapped charity system and depend more on food shelves and feeding programs, she said.

“(Federal officials) talk about it being an aid to self-sufficiency. Removing people’s access to food does not make them more self-sufficient,” Moriarty said.

If the changes take effect, Moriarty said, she expects the incomes of people who lose food stamps to fall back to 130 percent of the federal poverty guidelines again — requalifying them for food stamps.

Food stamps are a health issue, too, according to the United Way and others opposing the rule change, as they help make nutritious food more accessible for low-income people.

State officials oppose the plan and its ‘asset tests’

Minnesota DHS Commissioner Jodi Harpstead filed a public comment on behalf of her agency decrying the rule change. In addition to the 18,000 children who would lose benefits, Harpstead wrote 8,800 parents, 3,200 seniors and 2,900 adults with disabilities would also lose their food stamps.

The federal proposal would also reinstate an asset test, which states may currently bypass so that a greater number of people may receive help with food.

People with more than that in cash or assets could be forced to spend down their savings or sell assets to avoid losing food stamps.

“If you’re a senior and you have burial fund insurance, you can’t qualify. It’s a very restrictive asset limit test,” Moriarty said.

There are also vehicle asset limits, which Harpstead warns could make some food stamp recipients to sell their cars to qualify for food aid.

“Vehicle asset limits are particularly disadvantageous for working families who rely on transportation to get to jobs, training, or education (particularly in Greater Minnesota),” Harpstead wrote.