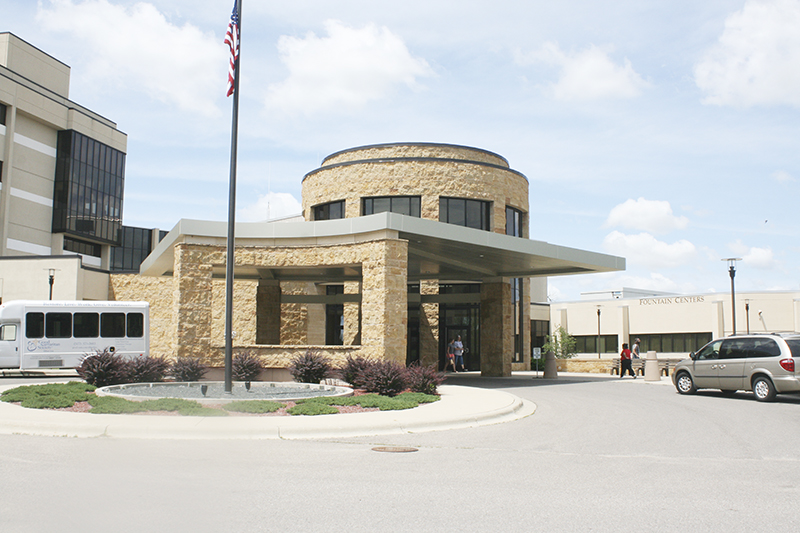 Women from Albert Lea and the surrounding area will now have to drive to Austin or elsewhere for labor and delivery services with the closure Wednesday of The Baby Place at Mayo Clinic Health System in Albert Lea.

The move of labor and delivery services from the Albert Lea campus was the final piece of a transition of most inpatient services from Mayo Clinic Health System in Albert Lea to Austin. Already transitioned were the medical-surgical unit, the intensive care unit and inpatient surgeries. The behavioral health unit transferred to Albert Lea from Austin.

The transition of the labor and delivery services were expedited to this week because of what Mayo Clinic Health System officials earlier described as a staffing shortage.

Chelsey Rogers of Albert Lea, who is expecting her second child in January, said the closure of The Baby Place in Albert Lea has brought added anxiety in the back of her mind.

Rogers said she and her husband, Chris, were trying for a baby two years ago but did not get pregnant as early as they had hoped with the transition of services looming over them.

She said she delivered early with her first child and had to be induced in Rochester because of complications with that pregnancy.

Her pregnancy now has been healthier than the last, and doctors do not plan to induce her — leaving an unknown of when she will go into labor.

“Anything can happen,” Rogers said. “Pregnancy complications can happen. … Not having a baby place in the same town with all these people here — it’s kind of scary because what if you don’t make it?”

She said what makes it more unnerving is not knowing what to do if she goes into active labor and can’t make it to the next town, or what she should do if she encounters complications.

“Do we go to the emergency room, or do we try to go to Austin or Owatonna?” she said.

Rick Thiesse, senior communications media specialist with Mayo Clinic Health System, said Wednesday was a difficult day for all in the community.

Despite this, he said health system officials believe the transition of services is still the thing that needed to be done. Providers will make sure to do everything they can to take care of patients’ needs and their babies.

Tricia Dahl, operations administrator with Mayo Clinic Health System in Albert Lea and Austin, said mothers traveling to Austin from Albert Lea or surrounding communities can expect to utilize one of the existing nine rooms in operation for labor and delivery at the health system’s Austin campus, while work is underway to renovate the new birthing center. There are an additional three rooms available for overflow if needed.

She said the existing walls are being torn down and the space reconfigured. Work on the renovated birthing center on the third floor is taking place at the same time as renovations on the medical-surgical unit on the second floor of the hospital.

Construction crews are in the first phase of the renovations of the birthing center, which includes a new C-section suite and staff and support space that should be completed by the end of November.

The second phase will begin late November, which includes construction of five of the new birthing rooms, and will be completed early summer 2020, Dahl said. The new labor and delivery rooms are larger than current rooms on either campus and have amenities including large bathrooms with showers and tubs, and personal refrigerators.

All of the labor and delivery patient rooms should be complete by November 2020, and all work at the birthing center is expected to be finished in the first quarter of 2021.

She said health system officials are assessing options through a facilities master plan for the space at the Albert Lea campus that had been occupied by The Baby Place.

“There isn’t a shortage of ideas for the use of space that has been vacated,” Dahl said, noting she hoped the plan would be finalized soon. She said it was premature to provide a timeline as no final decisions or approvals had been made.

With the move of labor and delivery services to Austin, Dahl said there are “nearly 1,900 employees” who work at Mayo Clinic Health System facilities in Albert Lea and Austin, split nearly 50/50 between the two campuses.

She declined to give specific numbers of employees at the two campuses but noted that 70% of the employees who work at the Albert Lea campus live in Freeborn County.

She said from 2017 when officials first announced the transition of services until now, there are 19 fewer staff members in Albert Lea.

“Those numbers are constantly changing and are due to attrition, retirements, transfers and other considerations unrelated to transition of services between sites,” she said.

All of the nurses at The Baby Place in Albert Lea were given the opportunity to apply for positions at the birth center in Austin and other open positions in Albert Lea and Austin, she said.

Area residents who have been part of the Save Our Healthcare organization marked the closure of The Baby Place with a candlelight walk Sunday evening from the American Legion in downtown Albert Lea to the hospital on Fountain Street.

Residents with the organization also asked residents to keep their porch lights on Wednesday evening.