‘Always wanted to own one’ 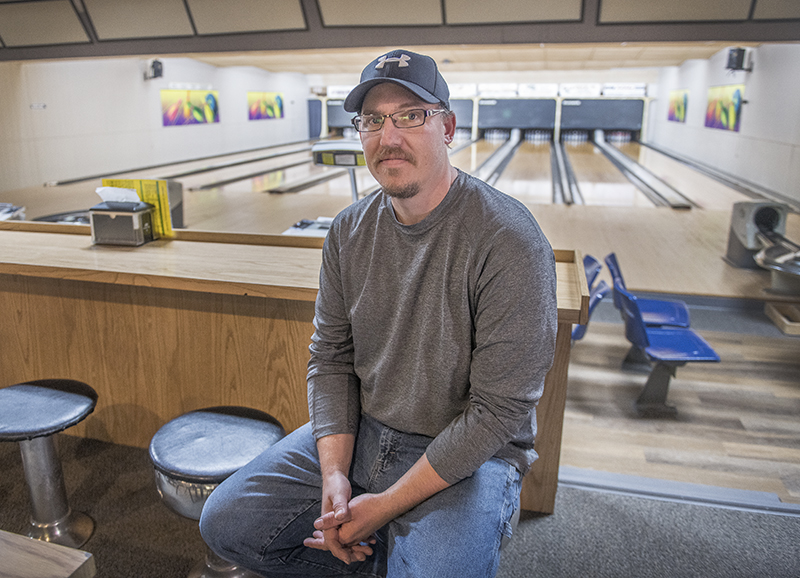 NORTHWOOD — If you’re always going to have your foot in the door, you might as well buy the building. At least that’s what you do if you are Matt Grunzke of Albert Lea.

“I’ve been working in a bowling alley ever since I was 15 years old,” the now 40-year-old Grunzke said.

He grew up in Wells and worked at the bowling alley that was there while he was in high school. When his family moved to Albert Lea, he continued to attend United South Central through open enrollment, but began working at Holiday Lanes in Albert Lea. Even in college, he found time to work at the local bowling alley. His last job was at Strike Zone in Northwood, where he served as a bartender for over a year. Then he heard of the possibility of buying the establishment.

“No matter where I’ve gone, no matter what I did, I have always worked in a bowling alley,” Grunzke said. “I’ve always wanted to own one.”

In July, his dream came true after many talks with his wife, Kristina, and a few negotiations with the previous owners, Ryan and Jeri Severson. He maintained the name Strike Zone, but added the words Entertainment Center to the business name.

With a quick transition in ownership during dart league season and shortly before bowling season started, Grunzke said he wasn’t able to make any changes to the establishment, but he plans to soon.

There will be a few additions to the menu, which includes burgers, appetizers and pizza. At the beginning of the year he plans to start a children’s league, and after bowling season ends in April he will shut down for about two weeks to make a few renovations. 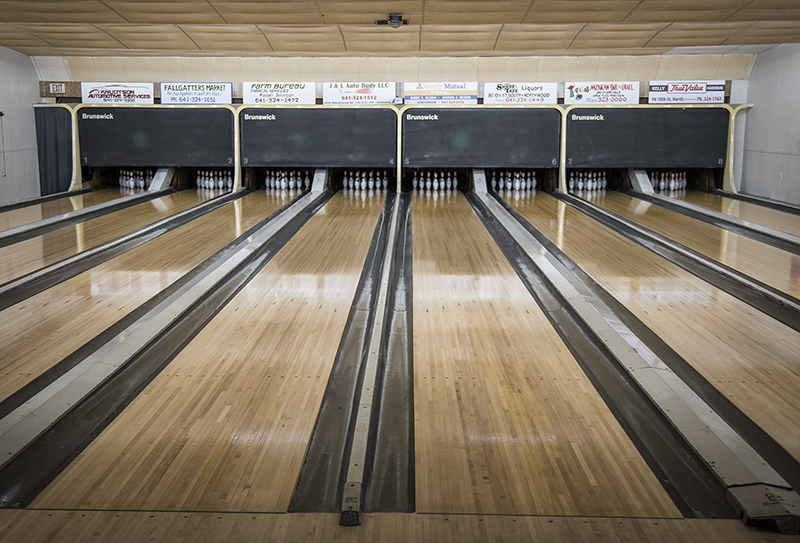 “No matter where I’ve gone, no matter what I did, I have always worked in a bowling alley,” Matt Grunzke said. “I’ve always wanted to own one.” – Colleen Harrison/Albert Lea Tribune

With the addition of more dart leagues, he plans to expand the area and move the shuffleboard setup, as well. The pool tables are not regularly used, so he plans to get rid of those and add to his selection of video games. The countertops and bar tops will be replaced, and he will get some new booths and high top tables for additional seating, along with updates to the decor.

Since Holiday Lanes closed, Grunzke said he has picked up one of the Albert Lea bowling leagues. League nights are Tuesday, Wednesday, Thursday, Saturday and Sunday, leaving Monday and Friday as open bowling nights. Special Olympics teams come down from Albert Lea to bowl as well.

Darts nights are on Wednesdays and he tries to host tournaments every other Friday. It also has remote leagues on Saturdays with tournaments on Sundays.

Other activities Strike Zone Entertainment Center hosts include shuffleboard on Mondays, with the possibility of adding Friday nights to the schedule. Thursday bean bag leagues are an addition he plans in the spring, along with volleyball, which will be on Thursday and Friday nights in the summer. Grunzke said he plans to redo the sand volleyball area out front this spring before the new season starts.

Grunzke has also had special events at the venue, including benefits and live music.

“It is set up really nice for it,” he said of the property. “You just block off half the parking lot.”

Grunzke plans to expand the live entertainment offerings as he has expanded some of the leagues that were already started when he purchased the business.

“There are a lot of different ways to meet new people with everything we have going on,” Grunzke said, noting whether it’s winter or summer, there is always something to do at the entertainment complex.

He gives a lot of the credit to the early success of the business to the community of Northwood and those in the surrounding communities.

“Ever since I’ve taken over, this community has been amazing,” he said. “They’ve been very supportive and very open. It’s been really good. And I try to do the same to help out with the community with what I can because without them, I wouldn’t have this.”

Support is important to Grunzke, who said, “It’s been a crazy year.”

His wife is a nursing manager in Austin and the couple have four children. Their oldest, Blake, is a senior at Albert Lea High School who bowls in a Owatonna league. They have two teenage daughters, McKenna and Hannah, and an 18-month old son named Lincoln. 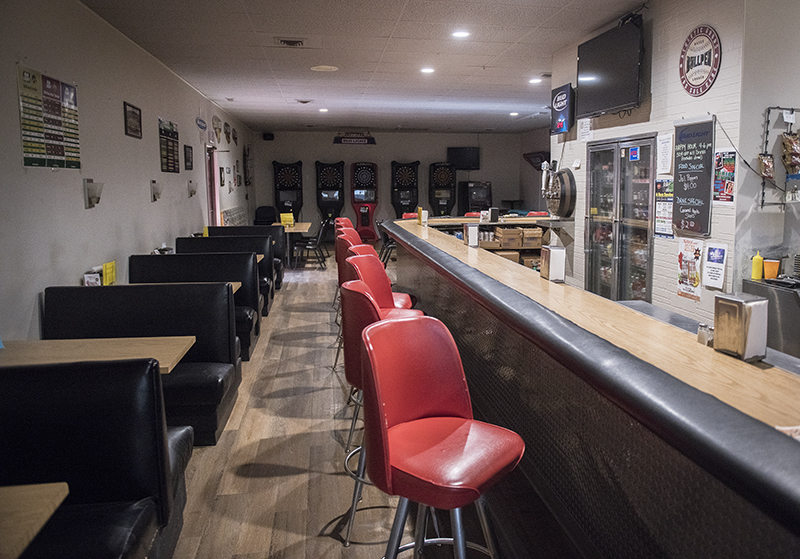