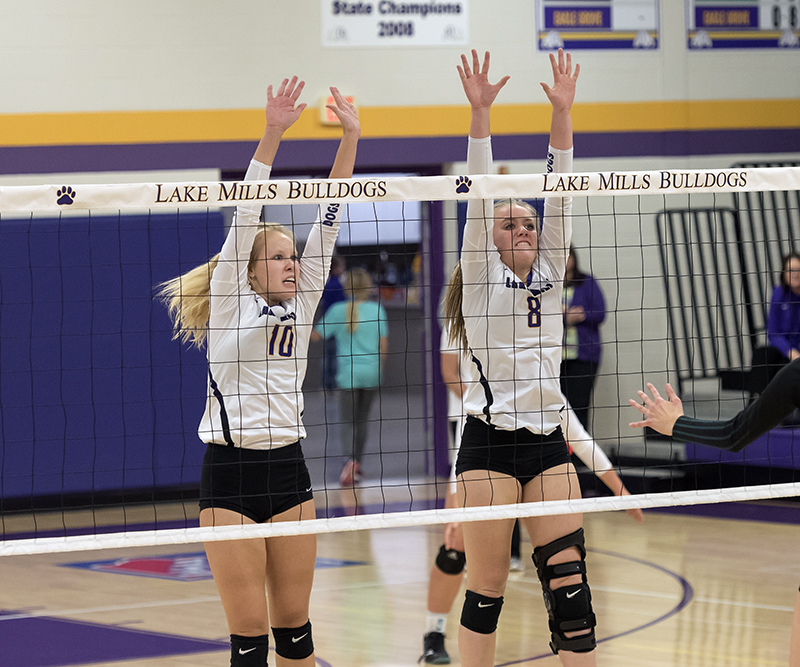 The Lake Mills volleyball team kicked off the 2019 postseason by hosting North Union on Monday night.

The Bulldogs cruised to an opening round win to grab their 30th win of the season, dominating the Warriors in three-straight sets 3-0.

Each of the three sets played out in similar ways. Lake Mills climbed out to an early lead and was then able to control the tempo and slowly grind out the victory 25-7, 25-7, 25-10.

Junior Kylie Greenfield led the Bulldogs in kills with 10. Three Bulldogs were perfect from the service line Monday night. Seniors Megan Groe and Olivia Moen were 16/16 and 5/5, respectively, and junior MaKenna Hanson was also 16/16.

Senior Jessa Gasteiger continued her dominating ways of setting up her teammates with 23 assists, while also recording a team-leading nine digs.

The win also marks the Bulldogs’ 30th of the season, the 16th consecutive season they have reached the achievement. And they did it with an unusually young team. 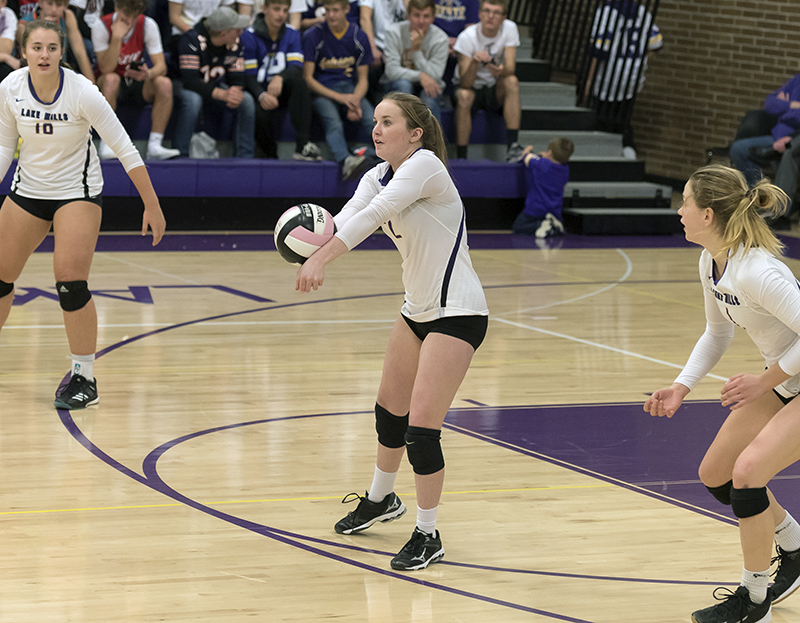 “For us to get our 30th win was important,” head coach Jim Boehmer said. “This is the 16th year in a row we have achieved a 30-win season. Half of our varsity team is 16 or less years old. That’s cool for our program and says a lot about the type of kids we have. Volleyball is important in Lake Mills and younger girls look up to our team and that tradition is important. So we got the TIC West title back and we kept our 30-match win streak alive, two big goals that we set out to get way back in August.”

The Bulldogs advance to the second round of the regional tournament and will take on the 34-6 Green Devils of Osage. Despite both being in the Top of Iowa Conference, the teams have not met this season. 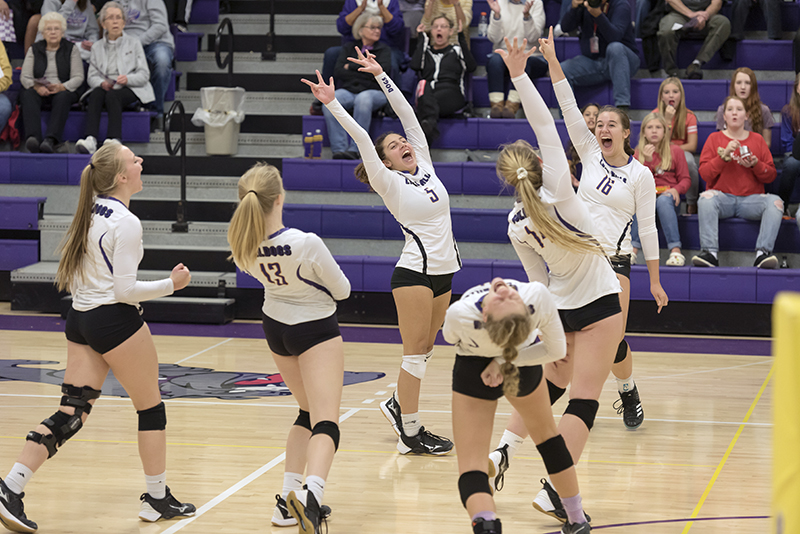