Democrats worry Trump has a 2020 head start in Minnesota 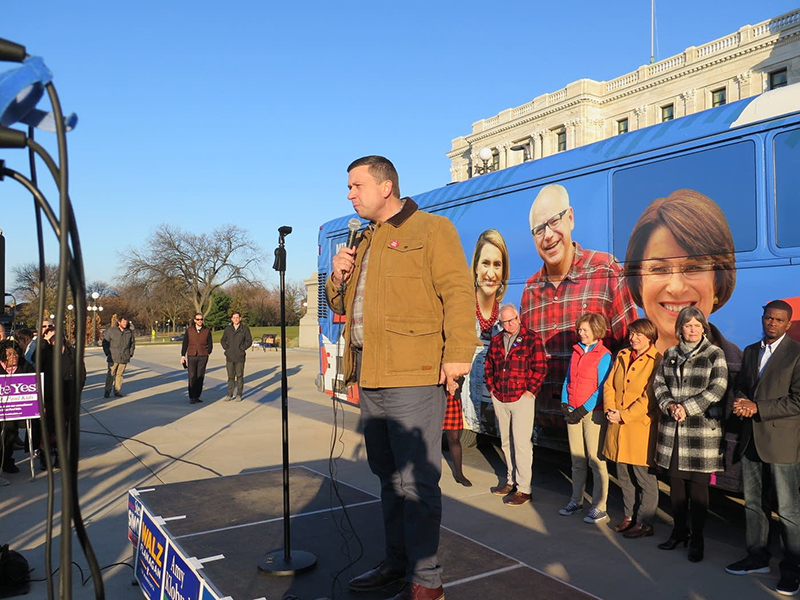 As Republicans prepare to rally behind President Trump in Minneapolis, Democrats have plenty of candidates but no good sense of who will become their nominee to run against him next year.

“There’s no doubt, the longer this nominating contest goes on, the steeper the hill is for us in terms of beating Donald Trump,” he said.

Martin said Republican fundraising and organizing efforts should be of particular concern in Minnesota, a state where the last time a Republican presidential candidate prevailed was 1972. Trump narrowly lost in the state in 2016 and is targeting it for victory next year.

“Minnesota has the longest streak of any in the nation of voting for the Democratic presidential nominee,” Martin said. “I don’t want to be the party chair that loses Minnesota on their watch.”

Despite the concern, there are efforts underway by opponents to counter Trump’s campaign in the state.

“We are very clear eyed that Donald Trump has set his eyes on Minnesota and on winning in 2020. We knew that very early on and so we have been preparing and building a statewide infrastructure to beat him again,” said Elianne Farhat, executive director of TakeAction Minnesota.

The organization endorses what it considers progressive candidates and pushes causes from wage and marriage equality to broader access to affordable health care.

“When folks go out and when they protest Donald Trump, I think that’s a good response if that’s what they need to do. That cannot be all that we do. We are doubling down on our organizing. We are putting out messages that connect people across difference, across race, class gender zip code,” she said.

Trump lost Minnesota by fewer than 45,000 votes in 2016, but not because he dramatically outperformed Mitt Romney, the 2012 Republican candidate. The big difference was on the Democratic side. Hillary Clinton garnered nearly 180,000 fewer votes than Barack Obama did in 2012.

“You’re seeing a lot of money and organization sitting on the sidelines waiting for a nominee, which frankly, they can’t afford to do if we want to take back the White House.”

And Fuehrmeyer said Trump’s efforts to win Minnesota could hurt down-ballot Democrats in the state from Sen. Tina Smith’s reelection campaign to Democrat’s effort to retain control of the state House and flip the Senate in their favor.