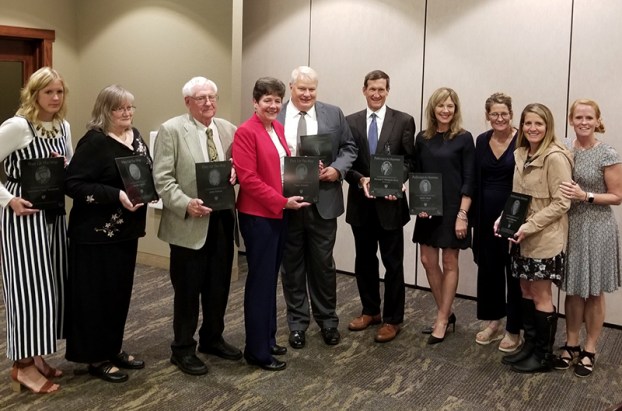 The Education Foundation of Albert Lea celebrated honorees at its 2019 Pathways to Success banquet Sept. 12 at Wedgewood Cove in Albert Lea.

This year’s distinguished alumni honored were Thomas P. Ehrhard, class of 1976; Shelly Ibach, class of 1977; Daniel Dorman, class of 1981; and Sarah Gutknecht, class of 1981. Distinguished educators honored were Orville Gilmore, Lawrence “Cap” Emmons, Peggy Bennett and Jerry Nelson. Those honorees and/or their families spoke to attendees about their lives, going to school in Albert Lea and the important things that gave them the foundation to succeed.

The Education Foundation of Albert Lea introduced three of its Distinguished Alumni to the Albert Lea High School Class of 2020, where honorees spoke to the seniors about the solid foundation an education from ALHS provided and how it helped them in their successes.

The honorees explained their career paths and shared their wisdom with the students as to how to be the best you can be, and to be yourself and listen to the mentors around you. Students were then given an opportunity to ask questions and speak one-on-one with the honorees.

According to a press release, the impact the speakers had on the students illustrates the importance of the Education Foundation and its mission. 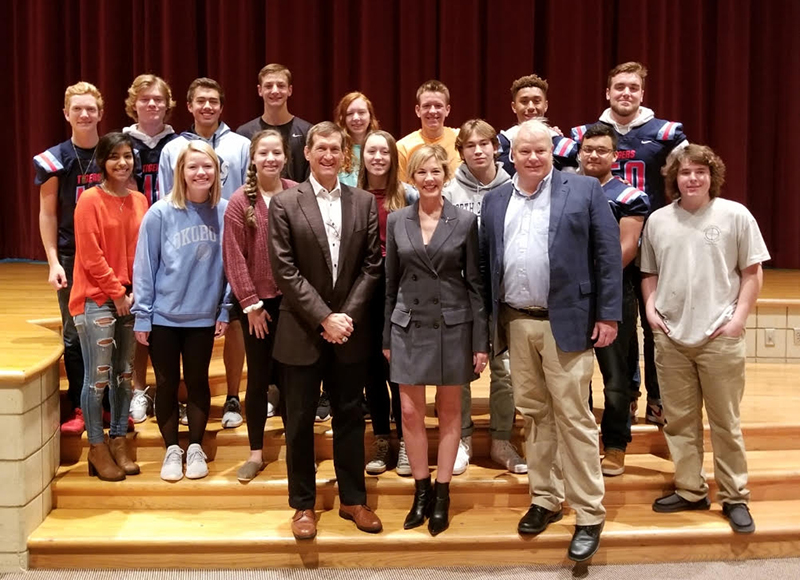 Distinguished Alumni Thomas Ehrhard, Shelly Ibach and Dan Dorman pose with a group of Albert Lea High School seniors. The alumni shared their stories and advice with the class. Provided

Rendezvous reenactors take children on a walk through history

Students learn about life in the past during Education Days Over 1,000 students from all across southern Minnesota and northern... read more