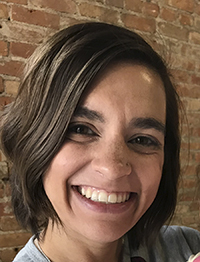 Is there someone in your life who makes you better? I’m lucky enough to have that someone. Her name is Clara Sue. She has two teeth, multi-colored eyes, curly dirty blonde hair and the best smile in the world. She is just 15 months old, but has already changed my life, and influenced the lives of others around her. Clara is my beautiful daughter, and she was born with Down syndrome.

That extra chromosome carries with it some differences, such as low muscle tone, small stature and the possibility of developmental delays. But really, those with Down syndrome are more like everyone else than they are different. It may take them longer to reach milestones and they have to work harder, but they get there, and when they do, we celebrate! They want to be loved, included, supported and encouraged, just like you and me.

With the entrance of Clara in our family was also the acceptance into a world of other families of children with Down syndrome, heart defects, feeding tubes and other health issues we didn’t know existed before we had an extra special child of our own. Our first connection to a fellow “lucky few” mom was through an organization called Jack’s Basket. Their mission is to celebrate every child born with Down syndrome, and change the diagnosis dialogue from “I’m sorry,” to one of hope and joy, just like any other new baby deserves. “You Make Me Better” is their slogan. At the time I didn’t know how much of an impact that basket would make on my life.

I started running in 2014 as a way to cope with anxiety and depression as I weaned myself off the medication I had been taking since being in college. I ran my first half marathon in July 2014. I wouldn’t say I was hooked at that moment, but I was happy that running enabled me to stop medicating so I could safely become pregnant and had my first child, Joshua, in June 2015. I wouldn’t do another half until October 2016, and then I ran my first full marathon in June 2017. After that I knew I had fallen in love with distance running and there was no turning back.

In motherhood I feel like we can lose ourselves, and there’s not always a lot of goals to work for or dreams to chase once you become an adult. Running gave me something to work toward. I love the process of training and preparing and showing up even though you know something is going to be really hard, but that feeling of accomplishment at the finish line is well worth it.

Clara was born July 17, 2018. After spending much time in the hospital, and very few training runs, I struggled through a half marathon that October. But this was the first time I had Clara’s strength in the back of my mind, and I made it through. I did another half marathon in May 2019, and felt stronger, but didn’t quite meet my goal time. I knew I really wanted to run another marathon, but it wasn’t until Jack’s Basket, that wonderful organization I was talking about earlier, posted they were forming a charity team to run the Twin Cities Marathon. There was my confirmation, my motivation and the fuel to my fire. 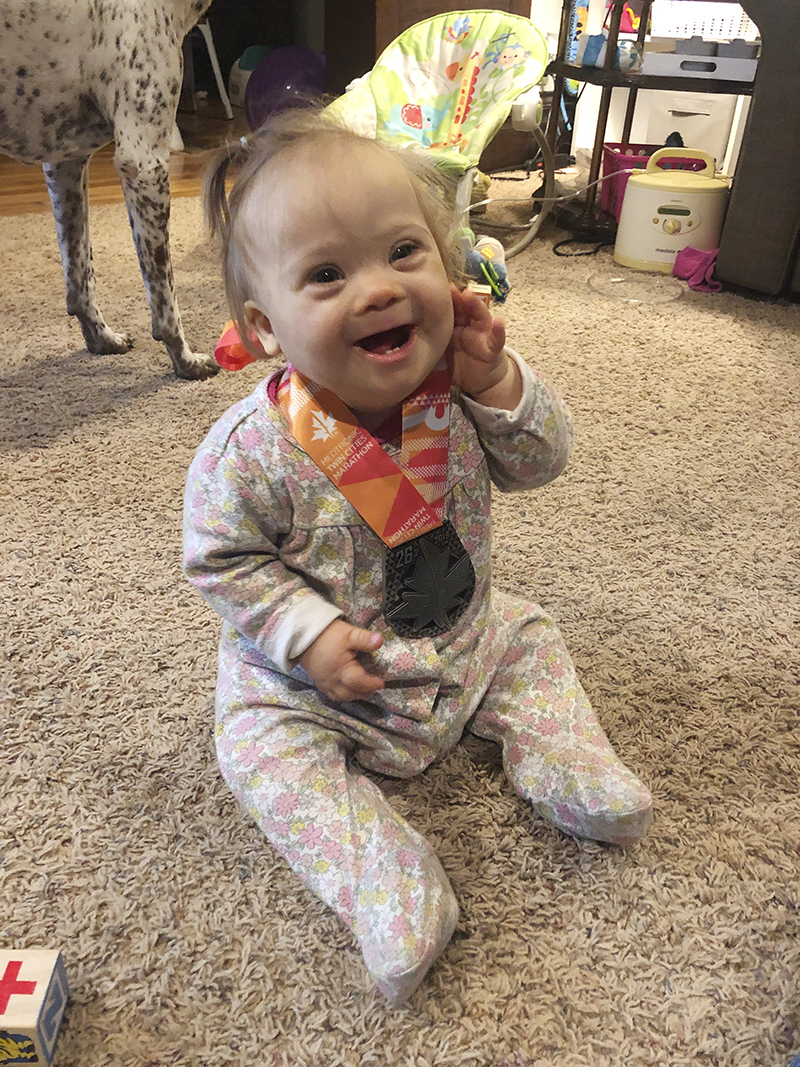 It’s one thing to run for yourself, but it’s another thing when you are running for something. For the babies. For my daughter. To raise awareness and change the way people think about Down syndrome. I was one of four people to run the marathon. One of the others was Carissa, Jack’s mom and founder of Jack’s Basket. She saw a problem with how children with Down syndrome were being welcomed into this world, and she decided to do something about it. What if we all took the initiative to change something we did agree with or felt could be better?

I ran the Twin Cities Marathon on Oct. 6, and made it under my goal time of four hours with a time of 3:54:47. How lucky am I to have Clara’s strength pushing me through, especially those last few miles when it got really tough? I thought of all she has been through and so many others like her. Her strength is my strength and my inspiration.

I also think of my 4-year-old son, Joshua, who has watched his sister go through so much. I could have lost myself in motherhood and given up on my goals and dreams. But I knew I couldn’t do that because just as much as my children bring me joy, so does running. And you shouldn’t have to give up the things that make you happy. Instead, I hope he will be able to look at his mom and see the joy, strength and determination I had through it all. Running is more than just putting on the miles — it carries through to all aspects of life.

Whether you feel you are too young or too old, whether you are a busy parent or a stay-at-home-mom, or even if you are a differently-abled person, do not stop dreaming. Do not settle for anything less than you desire. Surround yourself with people who believe in you and encourage you. We are only limited by ourselves.

I will continue to dream big dreams for myself, for my son and for Clara — because I truly believe she can accomplish anything she desires, with her mom as her example, walking (or running) beside her.