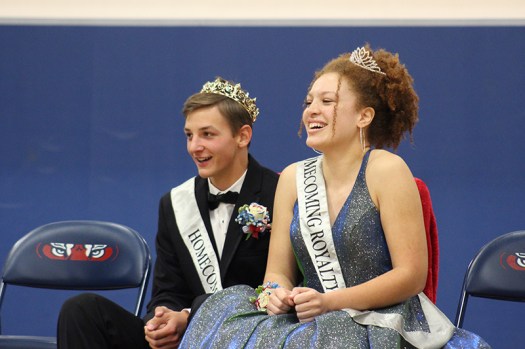 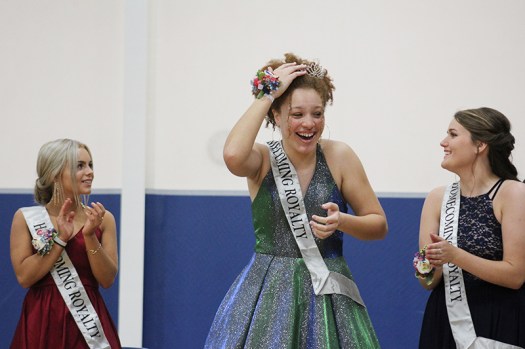 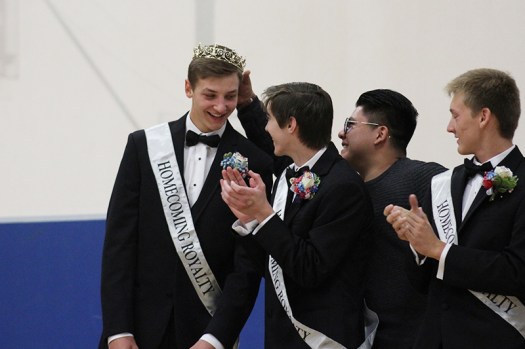 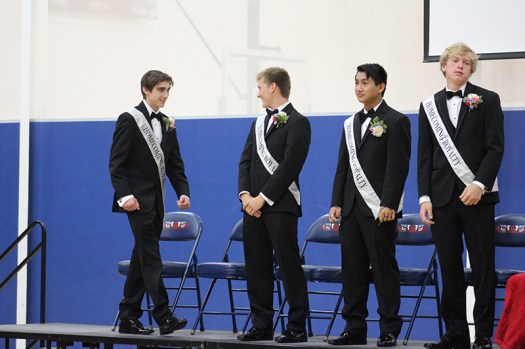 Friday morning’s announcement was a jaw-dropper.

At least, it was for senior Dreya Sherden, who was visibly surprised when she was named the 2019 Homecoming queen at an Albert Lea High School assembly. Senior Connor Veldman was named Homecoming king.

“I’ve never been nominated for anything like this, really,” Sherden said after the announcement.

Sherden is a member of the dance team, Gender and Sexualities Alliance club, choir, French club and is involved in this year’s fall musical, “Freaky Friday.” After high school, she has some modeling opportunities lined up, Sherden said.

The queen, who is multiracial, said she has liked seeing the high school’s Homecoming show more diversity, citing a perceived increase in non-white royalty over recent years.

Sherden said she was bullied in elementary school and encouraged other students to be themselves, no matter how others treat them.

“I never thought I would be Homecoming queen,” she said.

Veldman said while he was nervous at the beginning of the assembly, he was excited to be crowned king.

“It’s fun to get to kind of do this with everybody,” he said after being crowned.

Veldman is involved in basketball, tennis, marching band, band, National Honor Society, LINK Crew and astronomy club. He plans to attend college and go into the medical field, he said.

He encouraged students to remember that high school goes by fast, and to soak it up.

“Have fun,” he said. “Take school seriously, but realize you have to have fun, too.” 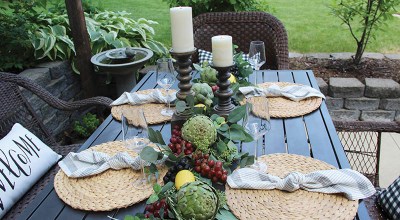 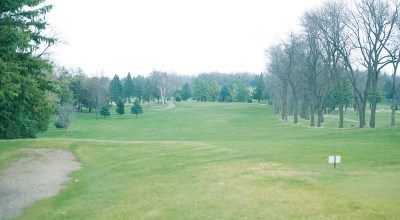 Getting ready for a new season 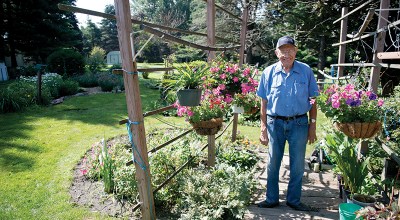 Stop and smell the roses