Jeffrey G. Larsen of Madelia, formerly of Albert Lea, was born Sept. 10, 1953, in Lake City, the son of Howard and Wilma (Dunsworth) Larsen. Throughout his lifetime he owned T&J Sporting Goods in Albert Lea for a short time, and also was a carpenter by trade. 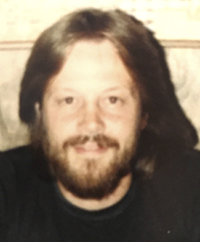 Jeffrey lived in Albert Lea most of his life, then moved to Mankato and most recently Madelia.

Jeff was an avid outdoorsman — his passions being hunting and fishing.

A celebration of life gathering for Lynn A. Jacobson will be from 4 to 7 p.m. Sunday at Bonnerup Funeral... read more