The family of Kathy Jane (Blake) Baker, 66, of New Hope, formerly of Albert Lea, will host  a celebration of life service from 1 to 4 p.m. Sunday at Edgewater Bay Pavilion. 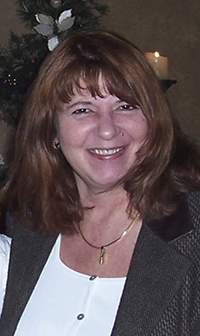 Kathy was born Oct. 13, 1953. She was the daughter of Mary Jane (Dunn) Markus and Richard and Phyllis Blake.

Kathy had a son, Jeremy, with Greg Chavez. She later married James Boettcher and had a daughter, Jessica. She later married John Baker and the couple later divorced. Her family and animals were a large part of her life. She always had an animal to care for and to love.

Kathy was a retired registered nurse and nursing was her passion. She worked a majority of her years at Good Samaritan Society of Albert Lea and Thorne Crest Senior Living Community. She received many comments about what an amazing nurse she was.

The last four years, Kathy had been living at an assisted care facility where she became close to several of the staff and had many special friends there. She also had a mental health support team, Callie and Patti, who she grew strong bonds with.

Kathy could find joy in every situation. She could literally find the silver lining in any cloud. She never gave up and kept pressing forward, even on what seemed the darkest day. She made people feel like they meant something to her. Kathy was known to advocate for herself and others. Family and friends describe Kathy as being compassionate, sassy, warm-hearted, funny, resilient, witty, non-judgmental and always wanted to help others. Kathy has touched so many lives and has been a favorite person to many.

She will definitely be missed by so many people she touched.

Kathy is known for asking “What’s for dessert?” If given a choice, she would have it for her meal. Her favorites were ice cream, cake and chocolate.

She is preceded in death by her parents; brother, Mark; ex-husbands Jim and John; and her animals Shadow, Tubby, Raz, Stoli, Baxer, Shaney and Lil Bit, among others.