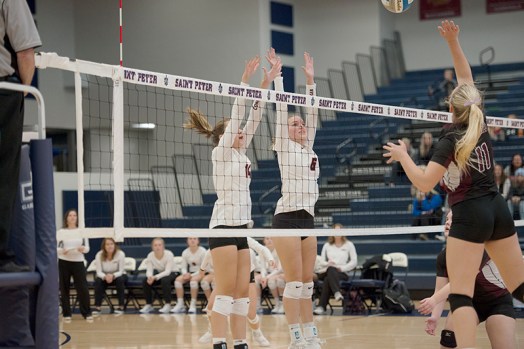 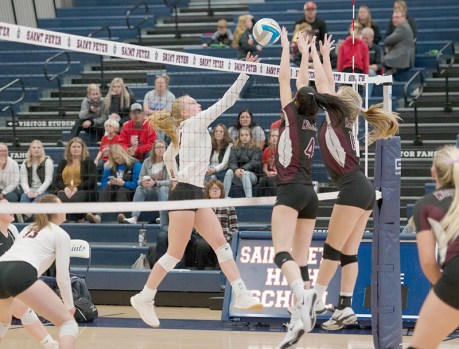 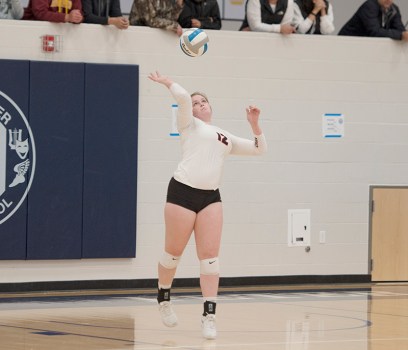 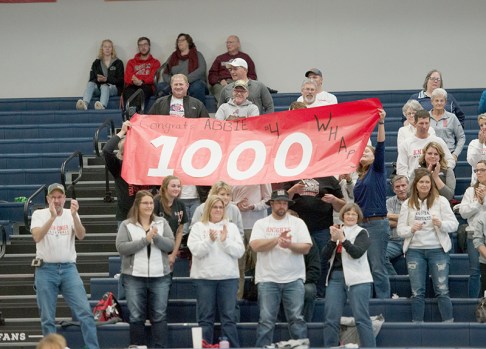 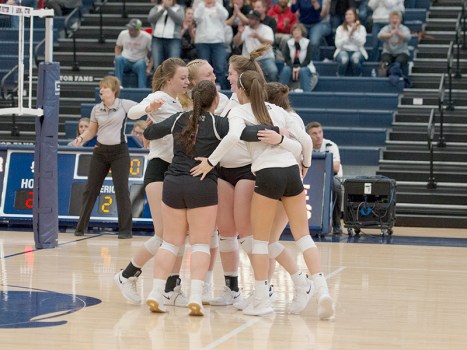 ST. PETER — Alden-Conger and Mountain Lake/Comfrey met in St. Peter Tuesday night in the semifinal matchup of the 2A subsection tournament.

Despite being seeded lower than the No. 2 Wolverines, the No. 3 Knights came out on top of a close matchup in three straight sets, 3-0.

The two teams battled back and forth through the majority of the first set. Both teams each had one player who was dominating at the net with powerful kills. For the Knights, it was junior Abbie Theusch, who recorded 10 kills in the first set and was a huge catalyst who willed the team to a 25-23 first-set win.

Theusch continued to smash the ball to the floor in the second set, recording another 10 kills. Theusch also recorded her 1,000th high school kill during the set. Head coach Jolene Bute took a timeout after the kill to let the crowd recognize the achievement. Alden-Conger went on to win the set, 25-20.

The Knights came out firing on all cylinders in the third and final set. A couple of long volleys and close calls ended up going the Knights’ way and sent a wave of momentum down the bench.

Alden-Conger dominated the third set, winning 25-16. Theusch ended the night with a total of 29 kills.

The Knights move to 22-6 on the season and will play No. 1 seed and No. 2-ranked Waterville-Elysian-Morristown Thursday night at Mankato East High School.