MercyOne clinic to be in old Herberger’s building 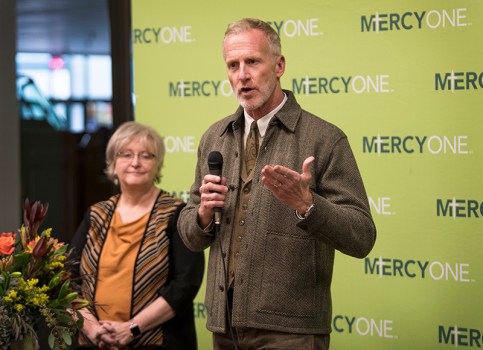 Brad Arends of Save Our Healthcare speaks Wednesday during the official announcement of plans for MercyOne's Albert Lea clinic to go into the former Herberger's location. - Colleen Harrison/Albert Lea Tribune 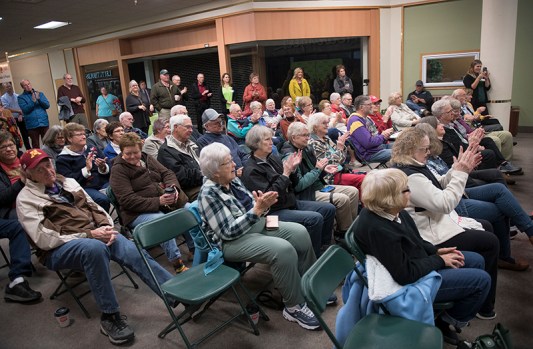 About 70 people were in attendance Wednesday at Northbridge Mall for the official announcement of the Albert Lea MercyOne clinic location. - Colleen Harrison/Albert Lea Tribune 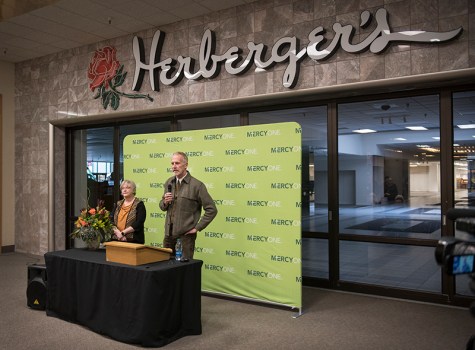 The Albert Lea Healthcare Coalition announced Wednesday it has reached an agreement with The Carrington Co. to purchase the former Herberger's space at Northbridge Mall for the new MercyOne North Iowa clinic. - Colleen Harrison/Albert Lea Tribune 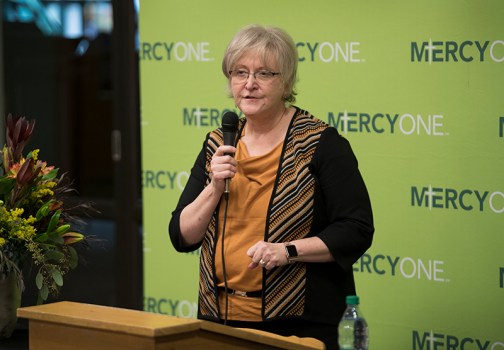 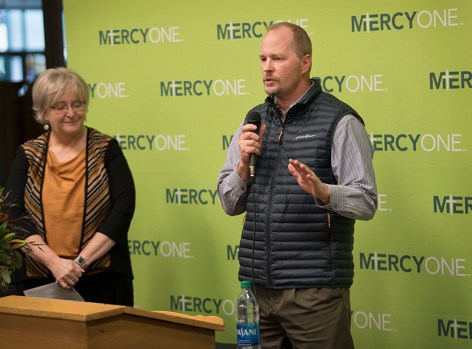 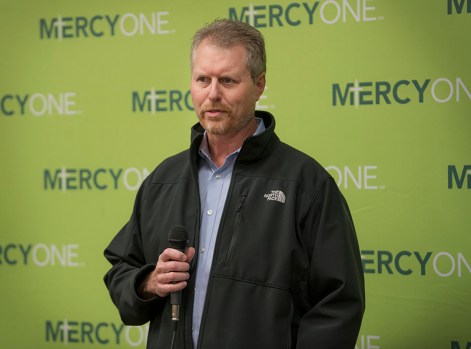 The Albert Lea Healthcare Coalition announced Wednesday it has reached an agreement with The Carrington Co. to purchase the former Herberger’s space at Northbridge Mall for the new MercyOne North Iowa clinic.

“Almost two years ago, together with the city of Albert Lea and Freeborn County, we began exploring the feasibility of bringing an alternative health care provider to our community,” said Brad Arends, chairman of Save Our Healthcare and president of the Albert Lea Healthcare Coalition. “Our outside consultant told us that we would have to accomplish our ultimate goals in stages. Today, with our new partner MercyOne, we mark the beginning of stage one — securing a building for the development of a full-service clinic and outpatient surgery center.”

Arends said he could not yet discuss the expected purchase price of the building but said the goal is to close on the purchase of the property Dec. 2.

“Then the real fun starts,” he said.

Plans for the new clinic will be delivered in five phases — starting with a primary care clinic with enough space for visiting specialists and extended hours for urgent care, including the weekends. Future phases planned include additional specialists, including OB-GYN services, an imaging center and an ambulatory surgery center. Each phase will be implemented as goals for patient loads are achieved.

He said when the clinic has reached the fifth phase, it will utilize 40,000 square feet of the 64,000 square feet available in the mall space, with the potential in the future to grow more.

Arends said work to bring in a second medical provider to Albert Lea began after negotiations could not be reached with Mayo Clinic Health System to keep services in the community that were planned to transition to Austin.

“To execute our business plan there is a lot of work left to be done, and its success hinges on the continued support of our citizenry, business community and local government,” he said. “Together we can regain some control of the medical services offered in our community, dramatically reduce the cost of care to our citizens and eventually restore services that have been stripped from Albert Lea.”

Teresa Mock, senior vice president of MercyOne Medical Group — North Iowa, said she is excited for the partnership and the plans for the new clinic.

She said in November MercyOne will host what they call a 3P event, a methodology that focuses on people, process and production and that allows for the design of the new space for the clinic. During the event, which will take place from Nov. 4 through Nov. 8, a life-size model of the space will be built out of cardboard, and 20 to 30 staff members, including clinic nurses, administration, X-ray technicians and others, will conduct different patient care scenarios to make sure the space works well for patients and staff. This is done to eliminate the need for change orders during construction.

From 10 a.m. to 3 p.m. Nov. 9, the public will be invited to tour the cardboard clinic for a look at how the clinic will look. During the open house, people will have the opportunity to take selfie photos that will become a piece of artwork inside the finished clinic.

Mike Larson, president of Innovance, and Chad Vogt, chief executive officer of Mrs. Gerry’s, thanked Mock and officials from MercyOne for their efforts to bring services to Albert Lea. They said their companies are excited about the project.

Vogt thanked Arends and his team for bringing the project to fruition.

The building will be owned by the Albert Lea Health Care Coalition, which is made up of a group of business, community and civic leaders from Albert Lea and Freeborn County.

Arends said the coalition hopes to raise $3 million over a three-year period from employers, individuals and others and will soon begin larger fundraising efforts.

“As the largest employer in Albert Lea and Freeborn County, we take pride in offering the highest quality of care with a wide range of services available to the community at large — including robust emergency department, full clinic services, outpatient surgeries and cancer care, specialty, and pregnancy care before and after delivery on each campus,” Thiesse said. “In addition, we offer a seamless connection to the Mayo Clinic care patients need and deserve when facing serious or complex illnesses.”