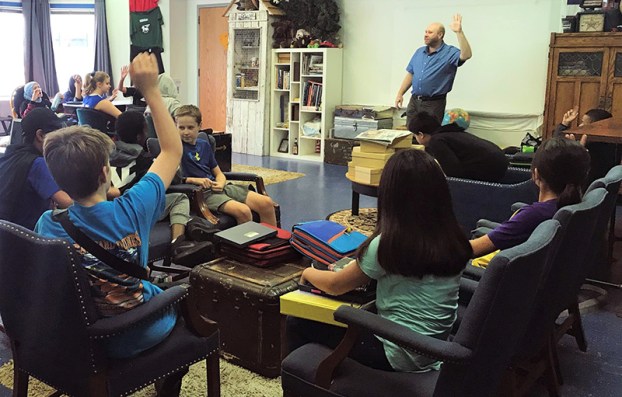 The Nation’s Report Card is out today, and Minnesota’s fourth and eighth grade students rank higher than the national average in math. And they’re meeting or surpassing national averages in reading.

“The numbers are reason for deep concern,” Education Secretary Betsey Devos said during a press conference on Wednesday. “This country has a student achievement crisis.”

The Nation’s Report Card, or National Assessment of Educational Progress (NAEP), compiles results of an exam measuring math and reading comprehension given to representative samples of fourth and eighth grade students across the country. Scores are ranked into categories of basic, proficient and advanced achievement.

A number of tests rank Minnesota student achievement in core subject areas. These include the ACT exam, the Minnesota Comprehensive Assessment as well as the NAEP. 2019 results from these assessments show varying gains or losses in math and reading achievement for Minnesota. But achievement gaps are a common theme across all assessment tools, including the NAEP.

“While the national data released today shows that Minnesota students continue to perform well compared to their peers across the nation, the data clearly shows that our achievement gaps remain,” Minnesota Education Commissioner Mary Cathryn Ricker said in a statement.

Scores for Minnesota fourth grade math achievement and both fourth and eighth grade reading achievement also came in with significant gaps for black and Latino students as well as students eligible for the National School Lunch Program.

“In order for Minnesota to become the education state, we must create an equitable education system so students from all backgrounds receive the high-quality education they deserve and are ready for what’s next after high school,” Ricker said.