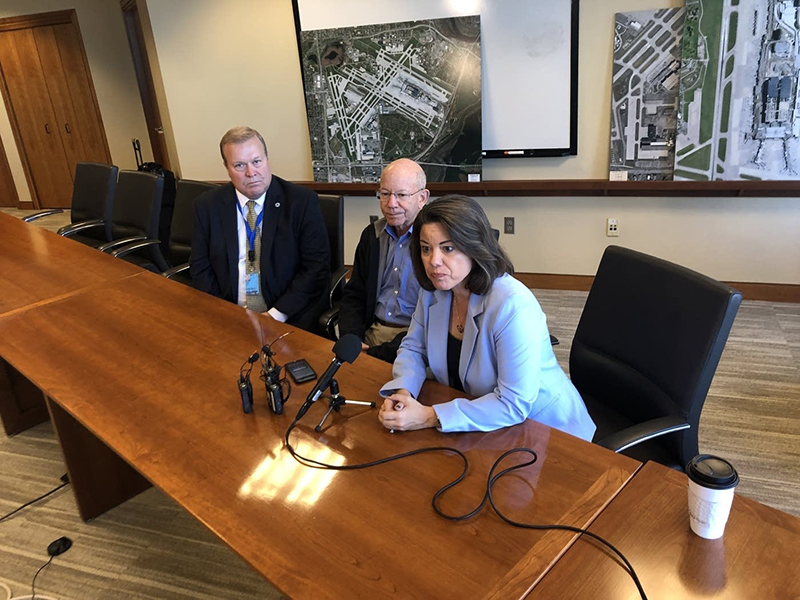 Officials at Minneapolis-St. Paul International Airport want to consolidate safety and security operations into one centralized space — changes that would cost just under $80 million.

About half of the cost could be covered by federal funds.

Centralizing the operations in one space would allow the various departments to communicate more efficiently and respond more effectively to emergencies, King said.

“It could be simply a weather incident, it could be the kind of security incidents we’ve seen around the globe that we want to be as prepared for as we possibly can,” King said.

Rep. Angie Craig, who represents the 2nd District, which is near the airport, accompanied Rep. Peter DeFazio, D-Ore. and chair of the House Transportation and Infrastructure Committee, on a tour of the airport facilities Tuesday.

DeFazio said the federal share of the funding could possibly come through an infrastructure bill or an increase in the airport user fee, which he said hasn’t been increased since 2001.

“The security threats in the ’60s when this airport was built were virtually nonexistent,” DeFazio said.

A report by the Transportation Security Administration after terrorist attacks at airports in Brussels and Istanbul recommended the creation of airport operation centers to improve response times to emergencies.

Craig said Minnesota deserves to have more federal dollars flow back to projects like this in the state.

“We need to start investing in our infrastructure, our aviation infrastructure again in this country, as well as our highways, our roads and our bridges,” Craig said.

About 40% of the design work on the project is already completed, King said. If funding is obtained, it will take a couple years to finish construction on the project and make it operational.