My Point of View by Brad Edwin 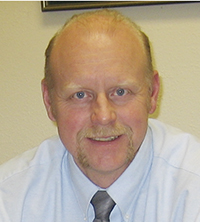 As a longtime conservative, I was aware of the Trump rally coming to Minneapolis but had not given much thought to attending. I did not want to put up with the traffic, the crowds and the protestors. All that changed a few days before the event when I was called and invited by U.S. Congressman Jim Hagedorn. He asked if my wife, Vickie, and I were going and then proceeded to say if we wanted to attend he would provide us with VIP passes to the event. We felt honored to be asked and accepted his invitation.

On the day of the event, we left early because we anticipated heavy traffic, lots of people and long lines. The traffic wasn’t bad and we were able to park in a ramp near the arena. From there we walked through the skywalk and entered the Target Center area with the directions provided.

We were ushered to an area that was similar to an airport security checkpoint, only instead of TSA agents, it was manned by Secret Service. We passed muster and entered the arena. Our designated seating was behind the president’s podium.

You could feel the excitement as the stadium was filling. It filled to capacity with an estimated 20,000-plus and thousands more outside hoping to get in. Men, women, young, old, blue-collar workers, business professionals, people from all ethnic backgrounds and all walks of life were there to support President Trump and conservative values. Loud music was playing, and there were Trump signs, Trump shirts and hats everywhere.  Eric Trump and Vice President Pence were the first to speak. Secret Service agents were on all sides of the stage area.

I have never been to anything like this in my life. Never much of a concert goer, I have only attended a few in my lifetime, but this was like a rock concert on steroids. The chants, the wave, the signs were everywhere. Some people were dressed casually, some in business attire, many dressed in red, white and blue, all to support our country, our flag and our president. President Trump entered the arena while the song “God Bless the U.S.A.” played. The crowd went wild.

During President Trump’s speech, he spoke of keeping America great. He said he would always protect American families first. He spoke of the bad trade deals that have taken jobs out of America and stifled our wages. He said we now have the No. 1 economy in the world. He talked about unemployment being the lowest in decades and the highest employment of blacks and Hispanics in our history.

President Trump acknowledged law enforcement and talked about the support now provided that had been diminished in the past. He loved all the red shirts that said “Cops for Trump” that were there because of the policy the Minneapolis mayor had directed stating police officers could not wear their uniforms to the event.

President Trump honored our service members. He said without these men and women we would not enjoy the freedoms we have. He talked about ending endless wars. He said moving forward we would fight only for the benefit of the United States of America and not for other countries and we would fight to win. He was tired of welcoming home service members who had been killed in action and trying to comfort their families. He spoke about visiting Walter Reed Hospital and the great job the doctors and nurses do caring for our wounded. He talked about the bravery and courage the patients have in spite of their horrific injuries.

President Trump told us that portions of the wall have been built and are being built. He said there are now 27,000 Mexican soldiers protecting the border and that illegal immigration has been reduced by 60% since May. He also said that those who seek to join our society must embrace our values, honor our history and love our people.

I won’t dwell on the liberal protesters outside other than to say the police had most of them contained in a specific area. There were a few disruptions by protesters inside, but they were quickly escorted out. Most of us have heard or have seen how they acted and treated our law enforcement and fellow conservatives.

It was my hope when leaving the Target Center that the media would present the positive message that was shared at the rally and the excitement and energy that so many of us have for our president and his administration.

Throughout President Donald J. Trump’s entire speech, he talked with sincerity and honesty, and I will always remember his words. We honor our country, we protect its borders, we honor our service members and law enforcement and we honor our flag.

Brad Edwin is chairman of the Freeborn County Republican Party.