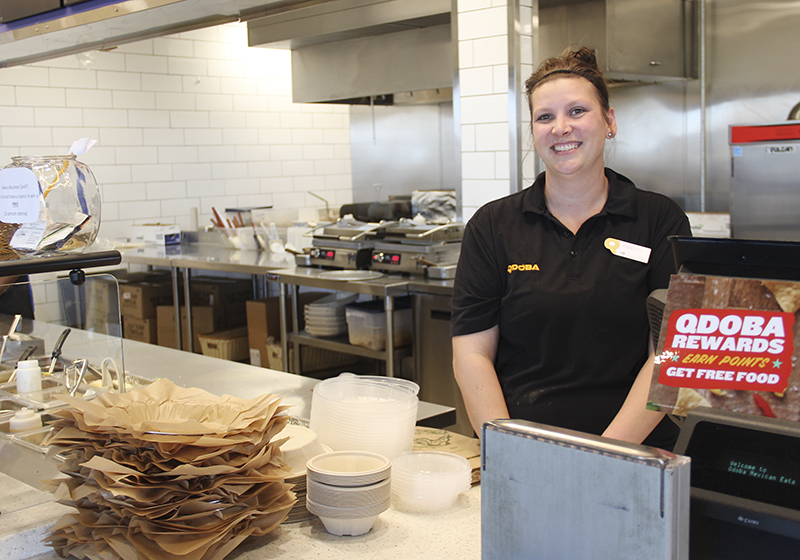 Sarah Diaz has been the general manager of Qdoba in Albert Lea since the restaurant opened in 2018. - Sarah Stultz/Albert Lea Tribune

Before she started at Qdoba in Albert Lea, General Manager Sarah Diaz said she always wanted her own store.

She had never heard of Qdoba and she said it happened almost by chance that she found out about the restaurant and was offered the general manager position when it opened in fall 2018.

That was one year ago, and the restaurant at the beginning of October celebrated its first anniversary in the community.

Diaz said the fast-casual Mexican restaurant has seen a good response in the time it has been here, and she looks forward to continuing to be a part of it in the future.

Diaz had previously been a shift lead at Walgreens, and now oversees about 18 employees in her role at Qdoba, making sure the employees are providing good customer service and handing out quality food in a timely manner. Customers can also often see Diaz behind the food counter herself, serving food to customers, preparing food or running the cash register. 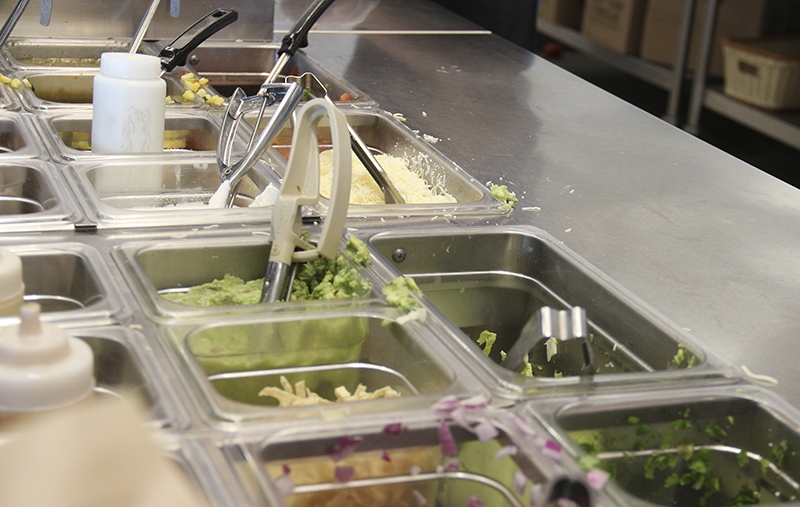 Food for customers at Qdoba is made to order. The restaurant also offers catering. – Sarah Stultz/Albert Lea Tribune

In addition to the restaurant itself on Bridge Avenue, Qdoba offers catering, which she said is one of her favorite parts of the business.

Another enjoyable part of the business is seeing the regular customers come through the door — “seeing the same faces and knowing that they love the food enough to come back.”

Though losing employees and finding new ones has been a challenge — most of the store’s employees are high school students — there have not been many other difficulties, she said.

The restaurant always seeks to have food for every taste and this summer rolled out the new Impossible plant-based protein that is advertised as tasting similar to beef. She said there will be more new products rolled out next summer.

She noted that all of the restaurant’s products are gluten-free.

“As a whole, we want to make sure we have everything for everybody,” she said.

Diaz’s husband, Josh, also works at the store, and the couple has three children, ages 4, 10 and 12.

What is Qdoba General Manager Sarah Diaz’s favorite thing to eat at her restaurant?

Diaz said she enjoys the chicken nachos and adds a little bit of tortilla soup to spice them up a bit. 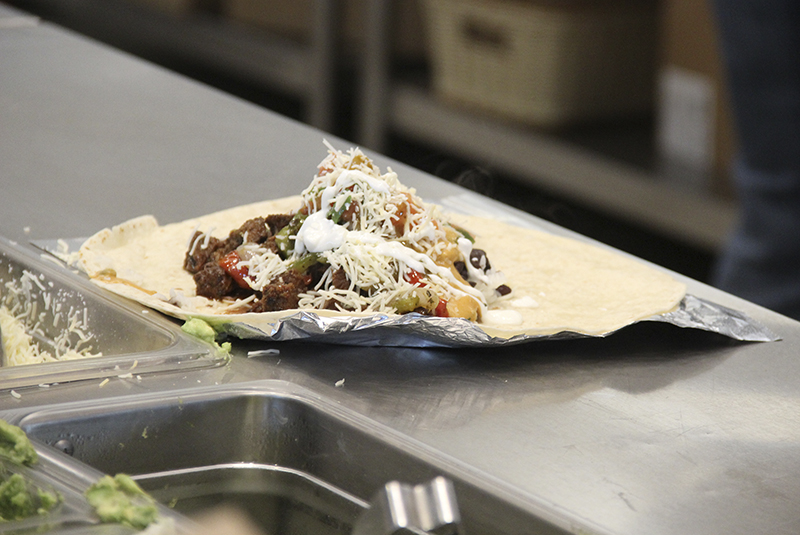 Qdoba offers everything from burritos, nachos and tacos to salads and soups. – Sarah Stultz/Albert Lea Tribune