Funeral services for Richard “Dick” Dean Matson, 77, of Waynesville, Missouri, formerly of Albert Lea, will be at 1:30 p.m. Thursday at Faith Evangelical Lutheran Church in St. Robert, Missouri. The Rev. John Perling will officiate. Burial will be at 11 a.m. Oct. 19 at Hillcrest Cemetery in Albert Lea. Following the burial, there will be a celebration of life at The Elbow Room from 1 to 4 p.m. Friends and family are invited to come share stories and memories of Richard. 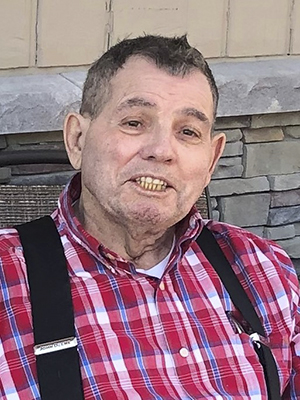 He was born Nov. 12, 1941, in Hayward, to Roy and Lola Matson. He attended school in Hayward and Albert Lea. He also attended Austin Vocational School, where he received a trade certificate for welding on June 9, 1961.

Richard worked with his father and brothers at Matson Truck Lines. He was a heavy equipment operator, welder and jack of all trades. He took great pride in his work, especially as a crane operator. He also loved woodworking projects, hot rod cars, fishing and bird watching.

Richard is preceded in death by his parents; brother, Darryl; sister-in-law, Gwen; and great-granddaughter, Kiara.