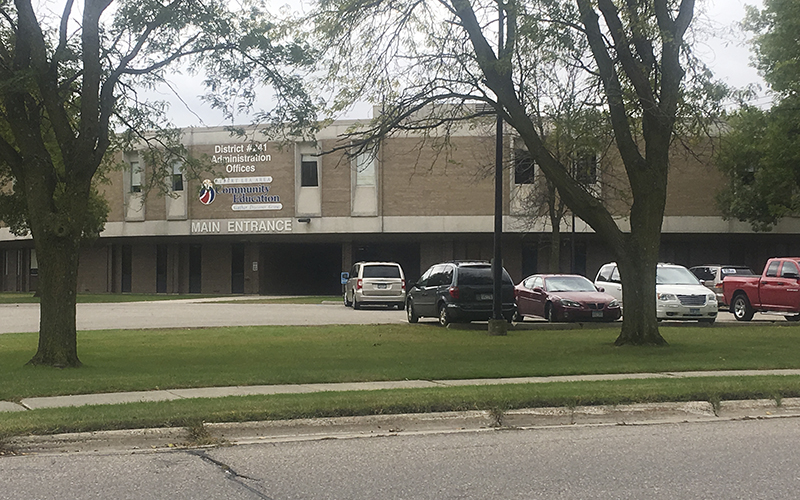 Albert Lea Area Schools was named the Large Business of the Year Thursday during the annual Albert Lea-Freeborn County Chamber of Commerce banquet at Wedgewood Cove.

According to its candidate questionnaire, the Albert Lea school district has established partnerships with various entities throughout the past decade, including the United Way of Freeborn County, the Albert Lea Family Y and various service clubs. Employees of the district donate between $15,000 and $20,000 each year to the United Way and have recently adopted a stretch of highway for cleanup.

The school district is a part of the chamber through various committees, including on the board and the government relations committee. It is a member of the Business Education Collaborative, which looks to address the needs of the business community through education, and partners with various companies for apprenticeships and school-to-work programs.

The district was named a Best Place to Work by Workforce Development in 2017 for its commitment to its employees for things such as an on-site clinic, a childcare center for employees and orientations and mentorship for new teachers.

The questionnaire stated the district continues to grow in student enrollment and licensed staff members. It has 50 more licensed staff members than it did 10 years ago, and has been named to the Advanced Placement Honor Roll and as a Best Community for Music Education, among other achievements.

Mortarr, which was established in 2017, has been a part of numerous community efforts through the Albert Lea Convention and Visitors Bureau, the Albert Lea school district, Albert Lea Children’s Center, Freeborn County Historical Museum, Shinefest, the Albert Lea Heritage Preservation Commission and several area churches, according to its questionnaire. Mortarr employees also participate in community events and committees alongside the chamber, such as Wind Down Wednesday, the Holiday Bazaar and Spruce Up Albert Lea For Christmas. One employee is a member of the steering committee for the new Main Street Albert Lea initiative.

The company renovated the first floor and mezzanine level of the Freeborn National Bank building using local contractors and opened in this location earlier this year. It has also added two employees in 2019, bringing its total to 22.

The company, which is an online inspiration gallery and networking platform for the commercial construction and design industry, has grown at a rate of 50% each month since launch and now has about 5,000 people visiting the site each week, according to the questionnaire.

The company supports the Freeborn County 4-H through the auction and sponsors T-shirts to the 4-H participants.

According to its questionnaire, the bank continues to have a growing customer base and to reach consumers’ needs has recently added a new ag and commercial banker to the team and are adding a part-time teller.

The bank’s employees strive to know its customers by name and is always looking to make improvements for them.

Recognized as Volunteers of the Year were Mary Nelson of Freeborn-Mower Cooperative Services and Julia Thompson of the Freeborn County Shopper.