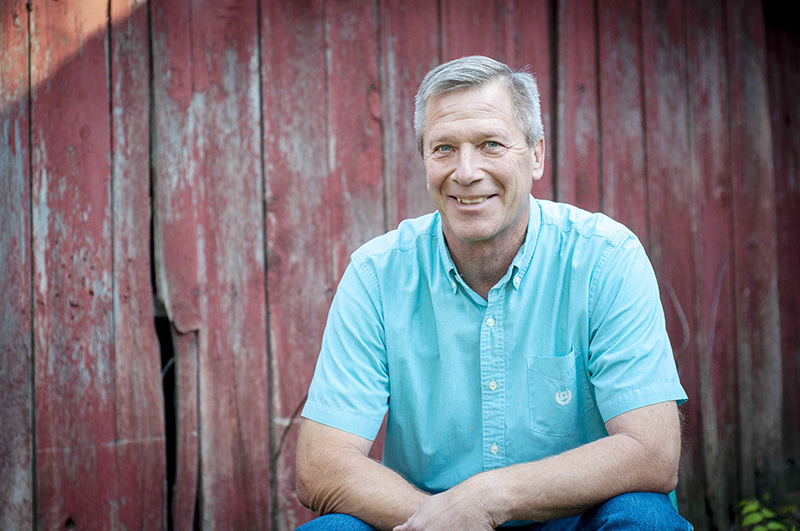 A fourth-generation farmer and businessman from St. Charles announced this week he will run for the Democratic bid for Minnesota’s 1st Congressional District.

Ralph Kaehler, 58, said he wants to build a better Minnesota by fighting for the best interests of the people of the district.

“I’m a farmer,” Kaehler said. “I’m a businessman. I am not a politician. But I’m so fed up with the lack of real work being done in Washington that I’ve decided to get off the sidelines and take action.”

A lifelong resident of St. Charles, Kaehler works on his family’s 138-year-old farm, working together with his youngest son, Seth, 28, to transition the farm to a fifth generation of Kaehler ownership. His oldest son, Cliff, 30, is CEO of another family business, Novel Energy Solutions LLC, a solar development firm.

“I aim to be the native Minnesotan who forces Washington to wake up to our values of working hard in pursuit of the American dream, nurturing our families and engaging in practical actions to improve people’s lives,” Kaehler said.

He said America is much different than it was when he grew up when people worked together to achieve the common good and weren’t battling on TV and Twitter.

“Instead of all of the nastiness in politics, we need goodwill and cooperation,” he said. That’s the only way we’ll make headway in achieving affordable health care, creating jobs, and turning around travesties in global trade.”

Kaehler will face off against Democrat Dan Feehan, who announced at the beginning of the month that he will run for Congress a second time. Feehan lost the 2018 election to 1st District Rep. Jim Hagedorn by less than half a percentage point.

Feehan is an Army veteran who served two combat tours in Iraq, taught middle school math and worked in the Obama administration as an acting assistant secretary of defense. He now lives in North Mankato with his wife and family.

Kaehler said he thinks he brings contrast to the other candidates, as his businesses as a farmer and a solar developer are in the district.

“My entire future, my family’s future resides in Minnesota and in the district,” he said.

He said he and his family have a proven track record over the years in the agriculture industry, through opening up trade with Cuba under former Gov. Jesse Ventura and taking efforts to reduce climate change through their solar energy company, bringing in $250 million in projects to the state since the company started.

Most politicians make promises of things they are going to do once elected, but he is proud to show that he can do more than just make promises, he said.

He also pointed out that he stepped forward on his own volition to run for office and was not recruited by a party to run.

“I think we need to represent Minnesota first,” he said, noting the renewable fuel standards and tariffs under the current administration have been “detrimental” to the agriculture industry.

He said he looks forward to sharing his message and meeting people across the district.