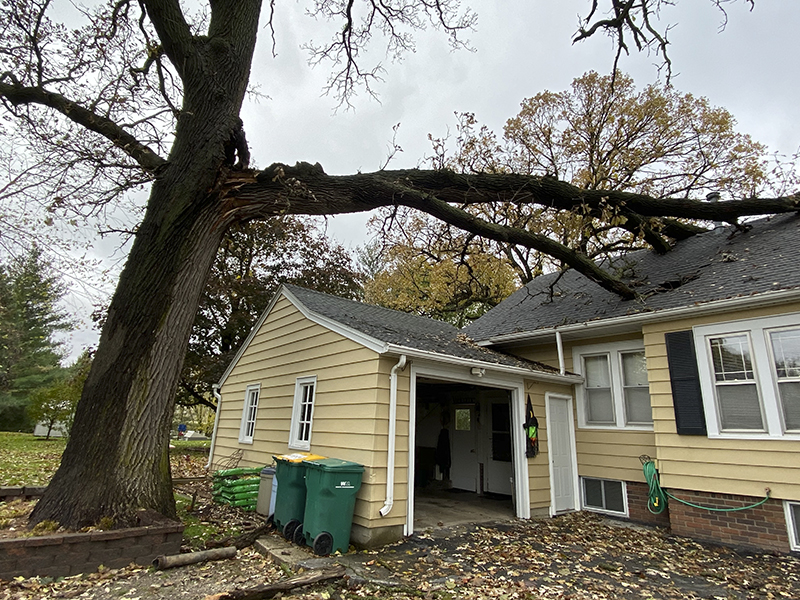 A large tree branch on the south side of the Webers' house crashed through the roof of the residence at 1613 Lakewood Ave. in Albert Lea early Tuesday morning. - Kelly Wassenberg/Albert Lea Tribune

Strong winds have done more than litter area lawns with leaves this week.

They seem to be responsible for leaving the Albert Lea home Robin Weber shares with her husband, Dave, temporarily uninhabitable.

Weber said the couple were woken up abruptly at 4:07 a.m. Tuesday when a large branch from one of their trees broke off and punctured through the roof of the house in multiple locations.

The second-story ceiling crashed to the floor and through the dining room ceiling, according to Weber. It shook the home so violently that plumbing pipes shifted enough that water service to the house had to be shut off, she said.

As a result of the structural damage to the home, at 1613 Lakewood Ave., the Webers will stay at a hotel for the time being. Weber estimated it may take a few weeks to fix the damages. 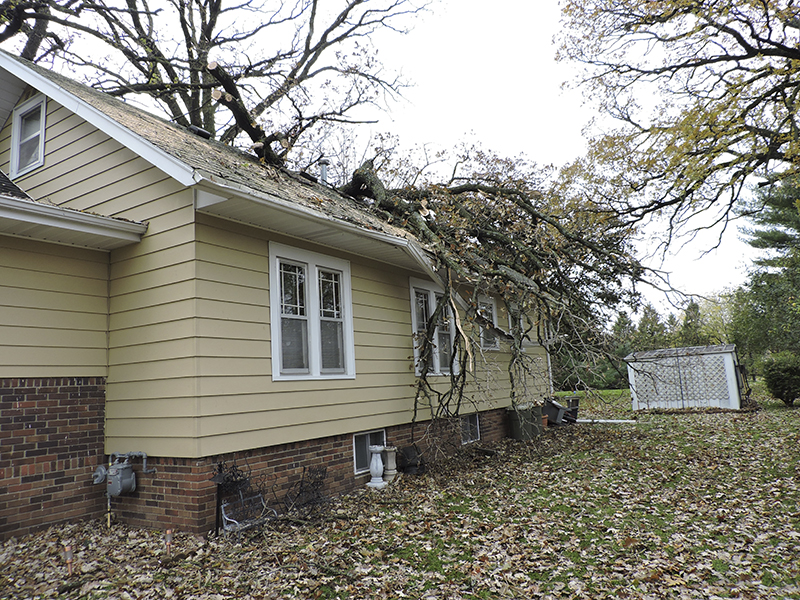 Albert Lea Tree Service had been working to remove a large tree branch, which fell on the home at 1613 Lakewood Ave., for four hours before this picture was taken from the north side of the house. The branch from a tree on the south side of the home was across the entire roof. – Kelly Wassenberg/Albert Lea Tribune