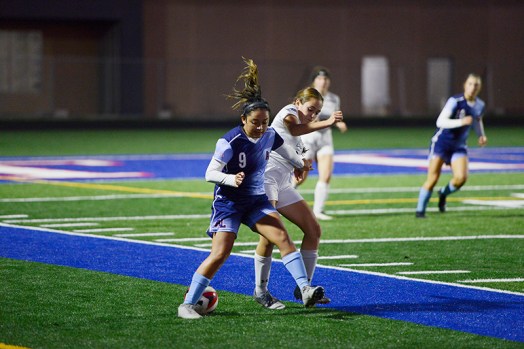 Albert Lea junior Cynthia Herrera attempts to take the ball away from a Glencoe-Silver Lake player. Herrera scored two goals in the first half of the Tiger's win over the Panthers. - Tyler Julson/Albert Lea Tribune 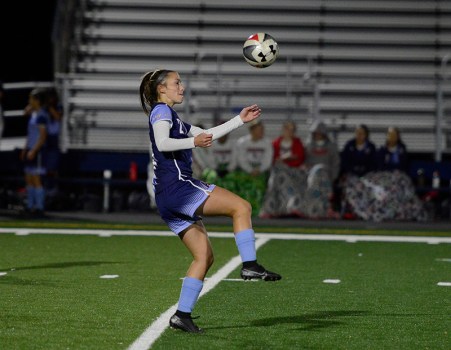 Junior Laura Flaherty watches the ball down after an Albert Lea punt Tuesday night at home. With the win, the Tigers move into the second round of the section playoffs. - Tyler Julson/Albert Lea Tribune 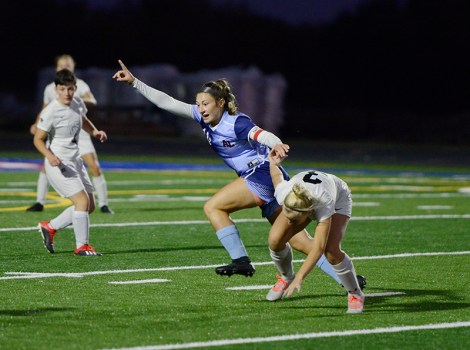 Senior captain Turena Schultz calls for the ball early in the Section 2A playoff matchup against Glencoe-Silver Lake. Schultz scored two goals in the first half. - Tyler Julson/Albert Lea Tribune 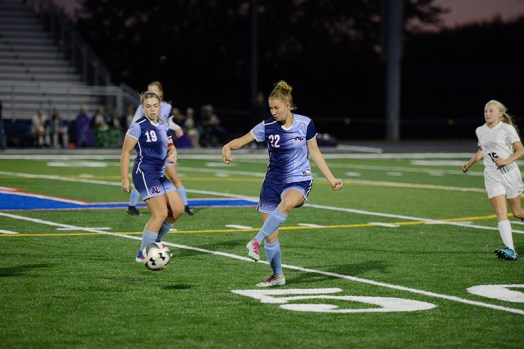 The Section 2A girls’ soccer tournament kicked off Tuesday night when No. 11 seed Albert Lea hosted No. 14 seed Glencoe-Silver Lake with both teams season’s on the line.

The Tigers and Panthers went head to head in a battle of the big cats, and the Tigers proved superior, winning in dominating fashion, 7-0.

The Tigers sailed to a big lead with four goals in the first half and never looked back.

Albert Lea scored its first goal of the game just under 10 minutes into the start of play. Junior Cynthia Herrera hit the shot that found the back of the net and gave the Tigers an early lead.

Almost exactly one minute of play later senior captain Turena Schultz made it a two-goal lead with a shot that soared passed the Panther’s goalie.

Around 10 minutes passed before the next Albert Lea goal, but the Tigers never found themselves in any real danger of letting up a goal to the Panthers.

Schultz scored her second goal of the game with 19:52 left in the half and gave the Tigers a comfortable 3-0 lead.

Not to be outdone, Herrera scored her second goal of the half at the 10:29 mark.

Albert Lea goalkeeper, senior Marissa Vogt, only needed to save one shot on goal, which she did with relative ease.

The Tigers went to the half up 4-0 over the Panthers.

The second half started quiet for both teams. The Tigers, up by four goals, were content to play keep away from the Panthers and watch the time drain off the clock.

With under 20 minutes left in the game, Schultz recorded the hat trick with her third goal of the game. The score came on a header with an assist from senior Sydney Nelson in the corner.

Junior Laura Flaherty  and sophomore Hailey Strom each added one more goal to the Tiger’s total for good measure, as the Tigers keep their season alive for at least one more game.

The win improves the Tigers to 7-9-1 overall on the season. They advance into the second round of the Section 2A tournament, where they will meet the 9-7 Fire of Holy Family Catholic Thursday night on the road.