Vaping is on the rise 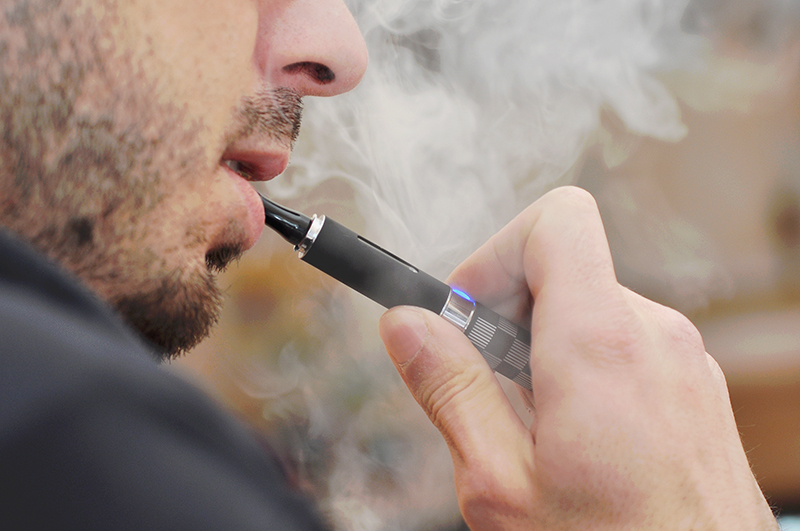 According to the 2019 Minnesota Student Survey, at least 10% of students vape daily. - Provided

More Albert Lea students are using tobacco products than three years ago, according to results of the 2019 Minnesota Student Survey, released earlier this month.

The numbers were an increase in almost every category when compared to 2016, except for male eighth graders, which saw a decrease.

She said though many efforts have taken place to educate students about the dangers of vaping and tobacco use, more will need to be done.

“Anything is too much, so the more we can do to talk about it and get the word out and prevent it, the better we’ll be,” Howe said.

This includes changing the perceptions of vaping. Efforts will continue to educate students from a public health standpoint, as well as from new viewpoints, and through education of parents. She referenced a meeting with parents involved with sports boosters where she was able to present for 30 to 40 minutes and said she and others also present at events such as the Freeborn County Fair and Southwest Middle School’s Tiger Trot. She said she is always happy to speak with students, teachers or parents in the community.

Citing the National Survey on Drug Use and Health, Howe said 95% of tobacco users start before the age of 21.

Howe said she was not surprised by many of the findings, though she was disheartened to see the number who attributed to getting their e-cigarette on the internet.

“We do want to work on access because right now these devices are way too easy for youth to get their hands on,” she said.

She is hopeful that the Tobacco 21 ordinance, which prohibits sale of tobacco products to people under 21, that was passed will begin to have a larger impact in the community and eventually around the state as it is considered on the state level.

Mary Jo Dorman, executive director of teaching and learning with Albert Lea Area Schools, said as educators it is their job to educate students and families about the dangers of vaping.

She said Mayo Clinic Health System next week will show the lung effects of vaping at Albert Lea High School.

“Obviously, it is a systemic issue that as a community we are all very concerned with the effects,” Dorman said.

She echoed her support for the Tobacco 21 ordinance, which she said was “a great decision to pass” by the Albert Lea City Council, and she thanked all of the people in the community who worked on the initiative, as well as the Minnesota Legislature.

“Education and proactive initiatives make a difference, and we are all trying to do what is best,” Dorman said. “We will continue to teach to students the effects of substance abuse and the harm it does to one’s body.”