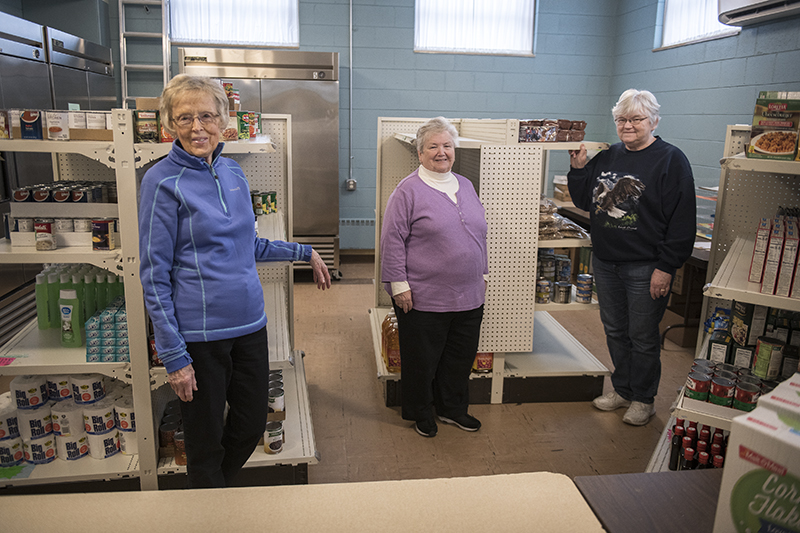 Albert Lea’s food shelves are possible because of donations

Editor’s note: This is the third in a five-part series about ways to pay it forward in the community during November, the month of giving.

In any given month in Albert Lea, between 160 and 180 families walk through the doors of First Presbyterian Church to receive help with food through the Ecumenical Food Pantry in the lower level of the church.

Dorothy Simonsen, one of the food pantry volunteers, said the number of families receiving assistance was down this summer, but lately, there have been several new families coming in to get assistance.

The food pantry, which formed in 1979, is one of several organizations in Albert Lea to provide food and other items to those in need. It and the others rely on donations to keep their operations running.

“The community has been very generous,” Simonsen said.

Families can come into the food pantry once a month and receive an assortment of food, including bread products, cereal, canned food, meat, eggs and other foods. The pantry also has some hygiene supplies.

Simonsen and volunteers Carlyn Tufte and Jan Zehnder said right now there is a need for soups and items such as paper towels and dish soap. Monetary donations are used to buy food through the Channel One Food Bank in Rochester, where the pantry can do so at a lower price than a person might be able to otherwise. 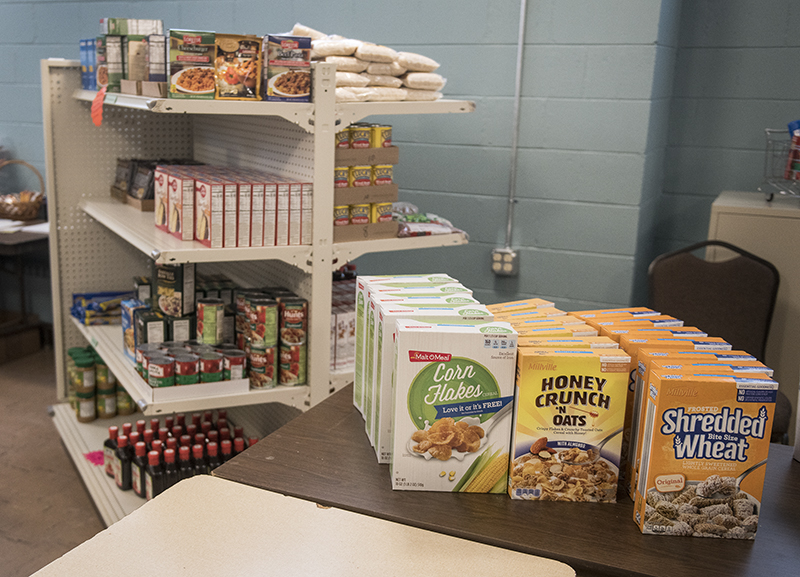 Families can come into the food pantry once a month and receive an assortment of food, including bread products, cereal, canned food, meat, eggs and other foods. The pantry also has some hygiene supplies. – Colleen Harrison/Albert Lea Tribune

In addition to the Ecumenical Food Pantry, the Albert Lea Salvation Army is another resource for families in need of assistance in the community.

Maj. Sandy Hunt said the Salvation Army food shelf serves about 350 families a month. It also provides a meal site during the week.

Some of the highest needs it has for the food shelf are items such as pastas, tomato sauces, macaroni and cheese, and meat.

The organization is also preparing for the upcoming Thanksgiving and Christmas holidays. For Thanksgiving, the Salvation Army offers a community meal, and during the Christmas season, it has a toy distribution and families in need can receive a special food box through a partnership with Hy-Vee and AlphaMedia.

Hunt said she is grateful for the help many in the community give the Salvation Army so it can help others.

Home Federal is in the middle of a food drive through Nov. 22, and the Moose Lodge has one later in November. Marketplace Foods has $5 food bags people can buy and donate to the Salvation Army year-round, and Marketplace Foods, Hy-Vee and Walmart also provide other donations throughout the year.

“We do appreciate all the support we get from the community,” Hunt said.

In addition to food donations, the Salvation Army is in need of volunteers in both the morning and afternoon in the food pantry, she said.

People interested in volunteering are asked to fill out an application and must go through a background check and other training before being able to volunteer.