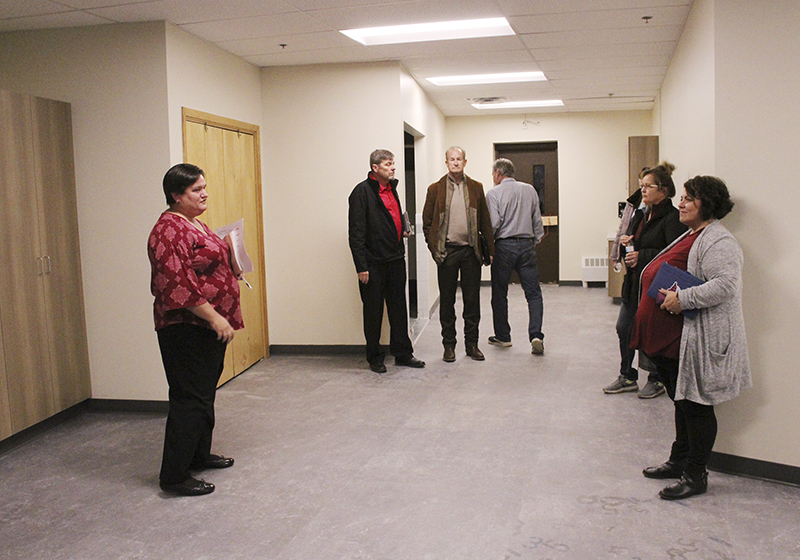 At Brookside, board members viewed what will be known as Tiger Cub Child Care Center, a day care center set up primarily for children of district employees.

Jenny Hanson, coordinator of early learning for the district, said the hope is for the child care center to be ready to open in January, pending licensure approval. The center will care for up to 28 toddlers and 16 infants, split into two toddler rooms and two infant rooms.

District officials previously stated the child care center would be an incentive to draw in and keep employees during a child care shortage in the area. It would be open to staff members first and then community members based on certain criteria.

Hanson said if the center is utilized at its maximum use, it will have two supervisors, eight lead child care teachers, eight aides and two positions that will be lead-certified floaters. Staff will be hired in phases as more children are signed up.

She said staff will be able to utilize space through Adult Basic Education to complete training hours, and ABE will get credit for use of their space in return.

Hanson said the process for the district child care center started with a staff survey, and she plans to conduct another survey to gauge interest by district staff to use the child care center if it opened in January and what ages of children they would enroll.

After the survey, the district would then move forward with interviews, background checks, orientation and training.

School board member Dave Klatt asked if the center is expected to be revenue neutral, and Hanson said she hopes it to be close to neutral, but it all depends on factors such as birthdays of children who would utilize the center because of various funding guidelines.

Board member Jill Marin asked if there would be any opportunity for high school students to participate, and Hanson said she thought it would be a great part-time position for a high-schooler with release time or after school to work about 15 hours a week.

The center will be open to families from 6:45 a.m. to 5:15 p.m. Monday through Friday. There is a secure entrance where only family with key fobs can come in the entrance. There will also be a door in each room for children to use to go directly outside to the playground area.

Chris Chalmers, community education coordinator, said the district has been fortunate to have Hanson oversee the project because of her detail-oriented nature. 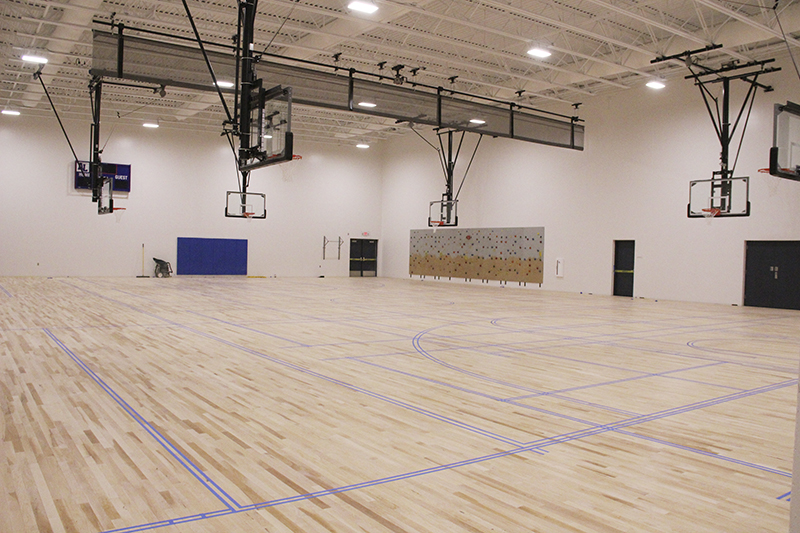 Work is slated be complete in the gym at Halverson Elementary School by December. Still left to be done are painting the lines on the floor, sealing the floor and installing the bleachers. – Sarah Stultz/Albert Lea Tribune

After the tour at Brookside, school board members drove to Halverson, where they met with the school’s principal, Tonya Franks, and toured the addition and renovations that have happened at the school as part of the facilities upgrade voters approved in a special election in May 2018.

Franks first showed the new security measures in place with the addition to the front of the school, which includes the main office, her office, the health office and a few other offices.

Franks said the outer doors are all set to lock at a certain time each day and the inner doors are locked all the time into the main part of the school. Parents and others coming into the school will be buzzed into the office area, where they will sign in and then be approved to enter the remainder of the school.

The principal said presently the front doors are used by fourth and fifth graders and special education students. Students in other grades enter through other doors to the school.

Marin asked about handicapped-accessible doors, and Steve Anderson, director of facilities and transportation for the district, said the handicapped button entries are not required.

School board Chairman Ken Petersen said it was nice to see all the security in place at the school, and Anderson and Superintendent Mike Funk said Halverson is now the most secure building in the district.

After moving out of the office area, the board members and Franks next moved to view the main gym area, which is in the final stages.

Franks said crews have started with sealing the floor, will soon be painting lines on the floor and will then put on two more coats of sealing. Also left is the installation of bleachers.

She said the goal is for the gym to be complete the first part of December.

Franks said the gym has a curtain that will be able to be pulled down to divide the gym into two parts. She also pointed out that doors leading to the other parts of the school can be locked in the event of tournaments or other events in the gym.