Arden Dale Magnuson, 83, of Albert Lea died Thursday, Nov. 7, 2019, at Good Shepherd Health Center. Visitation will be from 6 to 8 p.m. Friday at Major Erickson Funeral Home, 111 N. Pennsylvania Ave. in Mason City. A memorial service will be at 10 a.m. Saturday at Grace Lutheran Church, 302 E. Fourth St. in Hanlontown, Iowa. Interment will be at Brush Point Cemetery following the service. Memorials may be directed to the family of Arden Magnuson. Online condolences may be left for the family at www.majorericksonfuneralhome.com. 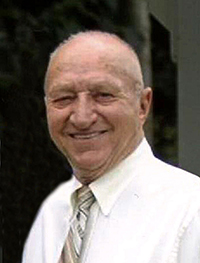 Arden Dale Magnuson was born Jan. 17, 1936, in Hayfield, Iowa, to parents Albin and Martha (Halvorson) Magnuson. Arden grew up in the Hanlontown area and attended Grace Lutheran Church, where he was baptized and confirmed. He attended Hanlontown High School and joined the United States Army following graduation.

After his time in the Army, Arden worked at Decker’s meat packing plant and doing various construction work. He was also a member of the Labor Temple. One of Arden’s passions was farming, milking cows and raising various other animals outside of Plymouth, Iowa.

Arden was a big fan of the Minnesota Vikings and Twins and enjoyed following both teams. He had many hobbies in life from playing cribbage, gardening and spending time with family and friends to going on daily 10-mile bike rides on his single-speed bicycle. He was also very proud of the ribbons he received from the Freeborn County Fair for various entries.

Arden will always be remembered for the love he had for his children, grandchildren and his creativity and ingenuity, especially for fixing up his home.

He was preceded in death by his parents and siblings Don Magnuson and Lorraine Hart.