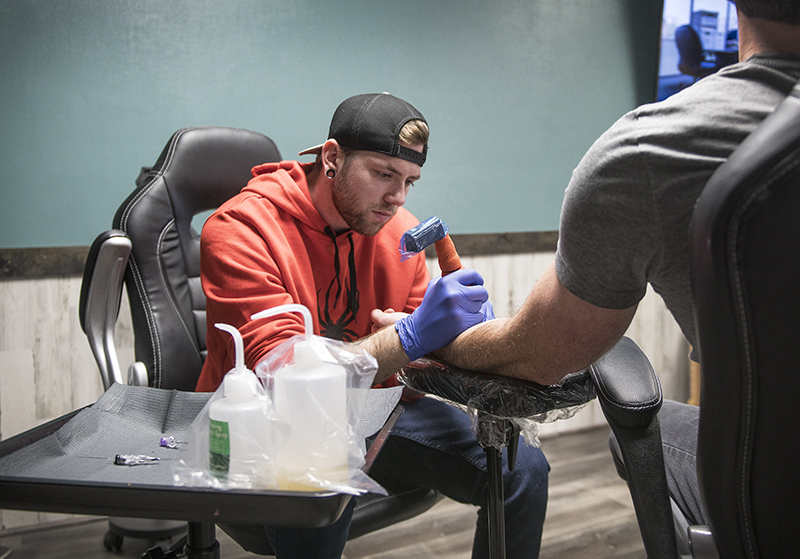 One Albert Lea native has come back to his hometown to offer more options in the body art world.

Evenson, now an Austin resident, said he decided to open the studio in Albert Lea because the Austin tattoo scene was fairly saturated, whereas Albert Lea didn’t have as many options.

Evenson said he first got into tattooing as a customer. Frequently getting work done by Anson Eklund when he worked at Kat’s Tats’ former Albert Lea location, Evenson said he kept asking Eklund different questions about tattooing, until finally asking him if he could work with him. He considers Eklund to be his first mentor.

When Evenson said he started developing his own artistic ability through tattooing, he found his dream profession. He spent six months working at Kat’s Tats before working about three and a half to four years at Ivy’s Ink in Austin.

He enjoys the freedom the tattooing profession gives him, Evenson said, and the fact that he is putting his artwork on someone permanently. He also enjoys seeing the looks on clients’ faces when they see their piece finished and looking the way they hoped it would. 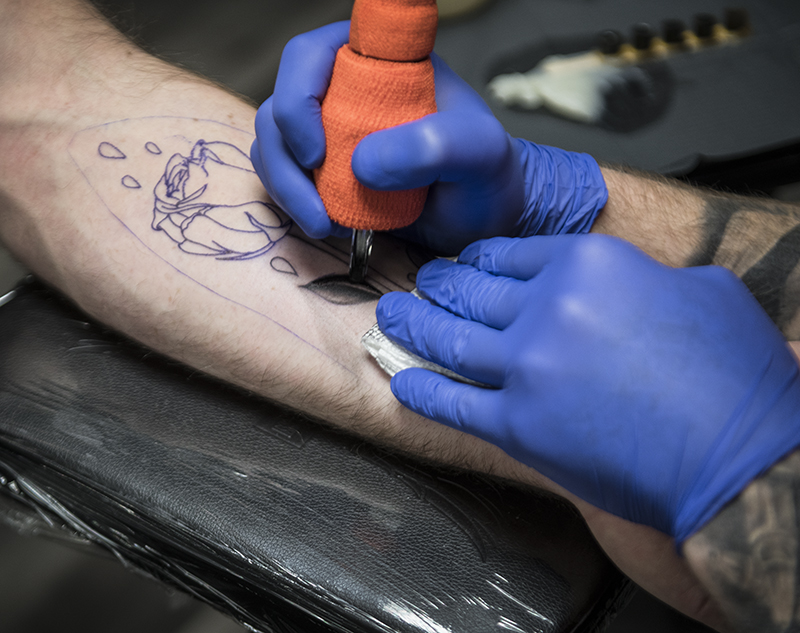 Evenson signed the lease for his own tattoo studio in September, and got the space fixed up for its Halloween opening in 25 days. He said the community reception has gone “really, really well.” After coming into November with two appointments, he is now booking into February, and the majority of his appointments so far have been new customers, with about five or six being people he has tattooed previously.

Evenson has one other artist, Braiden Nelson, working at the shop with him. Steel Rhino Tattoo Studio doesn’t offer piercings at this time, but Evenson said he plans to have guest artists come in to offer as many styles of tattoos as possible, and that could possibly evolve into having guest piercers as well.

Something Evenson stresses is important to him is that people do their research when getting a tattoo, and educate themselves on what makes a good tattoo — such as solid saturation and clean, crisp line work. Different artists are adept at different styles, and customers should make sure they have the right artist working on them.

“Find the artist that fits your style,” he said.

Evenson himself said his specialty he enjoys working on the most is color realism, while Nelson said his style is more new school or neo traditional, along with black and gray realism.

Steel Rhino Tattoo Studio is open by appointment, and appointments can be made by contacting the business through its Facebook page. 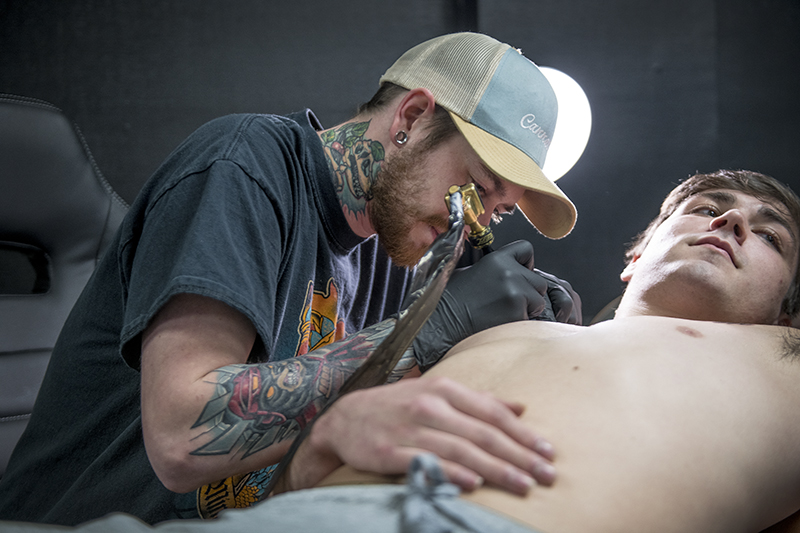