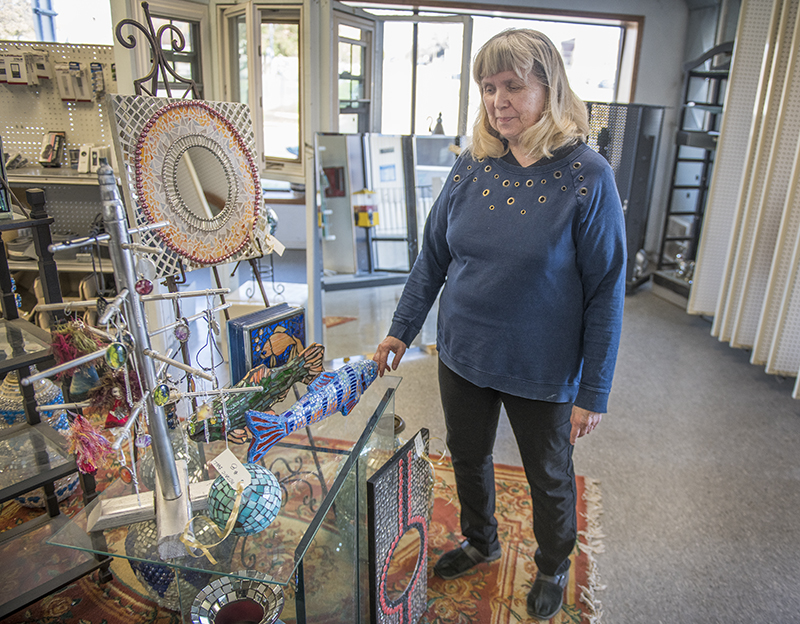 One hobby has come full circle for a local woman.

Linda Esse said she used to make stained glass pieces a while back. After taking a break from the art form, she came back to it in a new way — making mosaics with grout work.

Almost all of the materials for her artwork are used with “found” pieces — scraps of glass and mirror, which are in abundant supply at Total Glass & Lock, an Albert Lea store Esse co-owns.

When she initially started creating the mosaic pieces, Esse said she “worked flat” for a while — such as mirrors, before venturing in to 3-D pieces — like the different-colored fish sculptures she most recently finished. She has also been adding jewelry pieces to her offerings and has started to incorporate acrylic pouring as well.

The 3-D pieces are harder to do, she said, as there’s more wait time in between adding pieces to allow for drying. 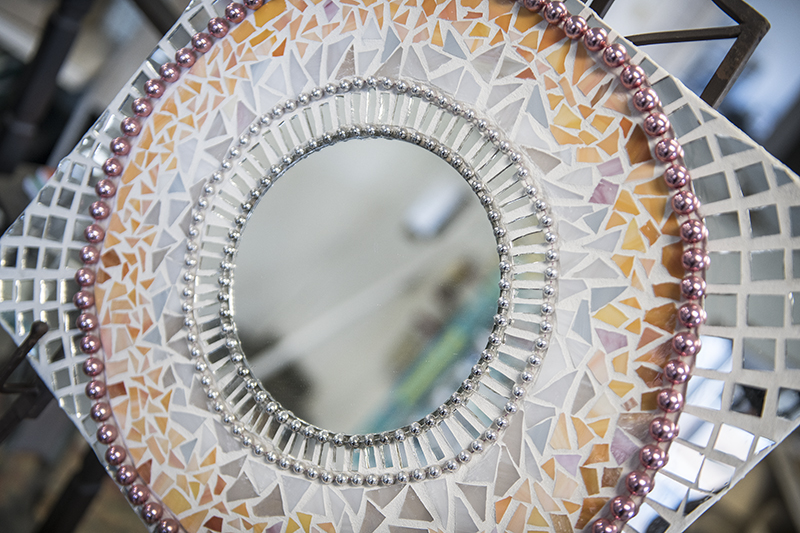 When she initially started creating mosaic pieces, Esse said she “worked flat” for a while — such as creating mirrors. Colleen Harrison/Albert Lea Tribune

While Esse said the majority of her mosaic pieces are given away to friends and family, she does sell some of them out of Total Glass & Lock, 311 W. Main St. in Albert Lea. She does an occasional sale at the store each spring to highlight the pieces she considers to be yard art. While she said she will do a lot of the glass layout at home, Esse typically saves the grout work for the shop.

She initially started with selling glass blocks with lights inside of them. She would construct the blocks and her grandson would sell them and they would split the profits. It was part of how her grandson saved up to buy a car. He now sells his own designs and furniture, Esse said.

While it can be frustrating when some of her visions for her pieces don’t work out the way she planned, Esse said the rewards far outweigh the occasional disappointments.

“I just do it on my own time,” she said. “It’s using recycled material.

“It’s fun to see what can happen by manipulating the shapes and forms.”

While Esse said she will finish some pieces in just a matter of weeks, others can take her longer, sometimes years.

“Sometimes I have to sit and let them stare at me for a while,” she said.

Esse’s mosaic pieces can be found at Total Glass & Lock from 8 a.m. to 5 p.m. Monday through Friday. 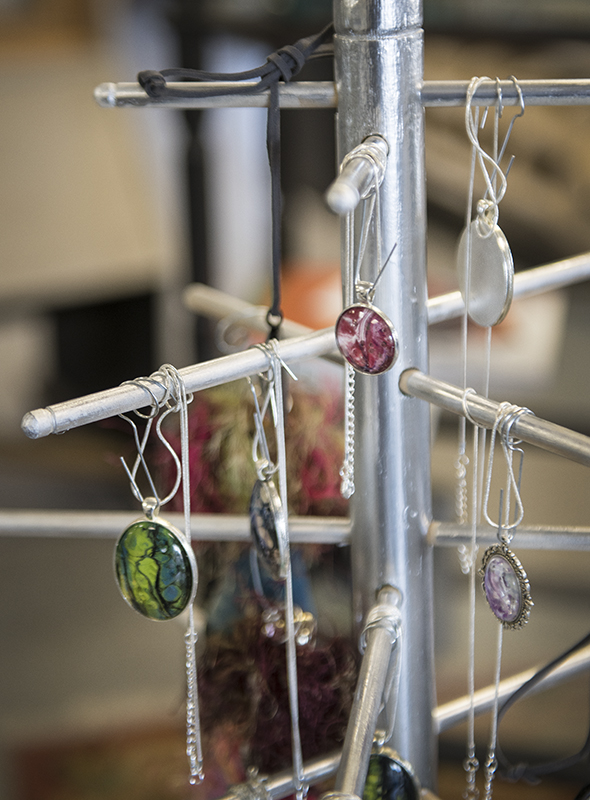 Esse has been adding jewelry pieces to her offerings and has started to incorporate acrylic pouring as well. Colleen Harrison/Albert Lea Tribune