Carole Ione (Hanson) Pederson of Tyler, Texas, beloved wife, mother and  grammy to her five grandchildren, died Saturday,  Oct. 5, 2019, at age 85 in Tyler due to complications from amyotrophic lateral sclerosis. 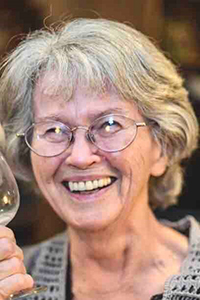 She was born Oct. 4, 1934, in Albert Lea to the late Ludwig and Olga (Hugtveit) Hanson. She grew up on her parents’ farm outside Albert Lea in the township of Lerdal in Freeborn County.

Although she was an only child, her cousins Jean and Dick Anderson were like siblings to her. Some of her favorite memories while growing up were of autumn vacation trips to the north shore of Lake Superior with her parents, relatives and family friends.

She worked as a phone switchboard operator in Lerdal and at Universal Milking Machine Co. in Albert Lea after high school.

She married John Pederson on Aug. 14, 1954, at East Freeborn Lutheran Church, near Albert Lea. They lived in Albert Lea and in suburban Minneapolis before moving to Dallas in 1969, soon after the birth of their third child.

The family moved to Tyler in May 1971, and John and Carole resided at the same address for the rest of her life. Carole worked in a nurse staffing office, retiring as office manager in 2004.

She was a lifelong Lutheran and volunteered frequently at Trinity Lutheran Church, where she was a member since the late 1970s. She also volunteered regularly at a hospital after her retirement.

Carole was of Norwegian ancestry on both sides of her family and was very proud of her Scandinavian heritage. She learned the challenging art of baking lefse from her mother and treated the family to this and other favorites every holiday. Her favorite holiday was Christmas, when all the family was together.

Carole’s children — and especially her grandchildren — were the great joy of her life. She delighted in babysitting her grandkids, watching them grow and cheering on their accomplishments.

“We will always remember the twinkle in her eyes, her warm, infectious laugh, and her kind and gentle demeanor. We are so grateful for all the sacrifices she made on our behalf and for the unconditional love she gave. She will live forever in our hearts,” her family stated.