Funeral service for Clifford Gingerich, 90, of Rochester, formerly of Albert Lea, will be at 10:30 a.m. Thursday at Assemblies of God Church, 4240 18th Ave. in Rochester. The Revs. Floyd O’Bryan and Jim Filbeck will officiate. Private burial will take place in Graceland Cemetery in Albert Lea. Visitation will be one hour prior to the service at church. Online condolences are welcome at www.bayviewfuneral.com. 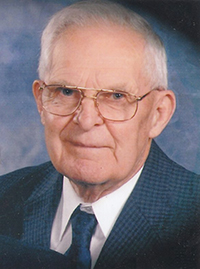 Clifford was born Nov. 28, 1928, in Kalona, Iowa. He was the son of Benjamin and Mattie (Mayer) Gingerich. He was united in marriage to Mary Lois Gingerich on March 16, 1952, at Fairview Mennonite Church in Kalona.

They farmed in the Kalona area until 1966, when they moved to Nashwauk for two years. While they were there, Clifford served as an interim pastor. They then moved to Albert Lea, and Clifford went to work for Good Samaritan Society as the maintenance supervisor. He retired after 22 years of service. After retiring, he and Mary were involved with the MAPS R.V. Program through the Assemblies of God Church for 15 years. In 2005, they moved to Rochester to be closer to their children.

Clifford is survived by his wife of 67 years, Mary; children Lores (Jeff) Vlaminck of Rochester, Dwight (Judy) of Oronoco, Kevin (Frances) of Omaha, Nebraska, Helen (Curtis) Knight of Rochester and David (Christy) of Cary, North Carolina; 17 grandchildren; 13 great-grandchildren; and many nieces, nephews, other relatives and friends.

He was preceded in death by one daughter, Janice Lucille; two brothers, Floyd and Delmar; and two sisters, Mildred Zook and Ella Mae, who died as an infant.

Memorials are preferred to the Rochester Assemblies of God Church, of which Clifford was a member.