David “Brandt” Dunn, 62, a native of Ellendale, passed away Wednesday, Oct. 30, 2019, in Clarks Grove at the home of a dear family friend after battling cancer for many years. 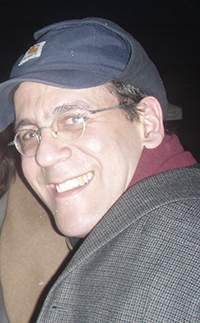 David, or “Brandt,” as he came to be called, was the firstborn child of Wallace “Wally” Dunn and Dee (Sabbadino) Dunn. He was born Feb. 11, 1957. He attended Ellendale High School and graduated with the class of 1975. Brandt attended college and graduated with a bachelor’s degree in chemistry from the University of Duluth.

After college, Brandt went on to hone the woodworking skills he learned in high school and made it his passionate profession to provide people with fine woodwork cabinetry and furniture for their homes. He initially operated his business in New York City and then began moving around the country as his desire for travel inspired him.

Brandt also spent many years working as a part of the fundraising teams for the New York Philharmonic and the Los Angeles Opera.

Brandt is survived by his siblings Lisa Dunn (Bob Wayne) of Ellendale and Leah (Ruth) Scott (William) of Alaska; uncle and aunts Lloyd Dunn and Joseph and Julie Sabbadino; and many cousins.

He is preceded in death by his parents Wally and Dee; and grandparents Walter and Vanda Dunn and David and Madeline Sabbadino; as well as aunts, uncles and a cousin.

A private memorial gathering will happen in Minnesota after harvest. With his friends around the country in mind, instead of memorial donations, feel free to do a mindful activity that honors and respects who David Brandt was in your life.

May his memory be a blessing.