A memorial gathering for Dean Johnson will be from 3 to 6 p.m. Sunday at Bayview/Freeborn Funeral Home in Albert Lea. There will be a private funeral service for the family. The Rev. Josh Blair will officiate. 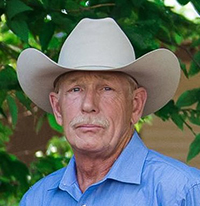 Dean Michael Johnson was born June 11, 1954, to Robert and Marvel (Hansen) Johnson in Norfolk, Virginia, where he was baptized at the naval base. He attended and was confirmed at Deer Creek Valley. He grew up in rural Myrtle and graduated from Glenville High School in 1972.

Farming was always a part of his life. He helped his brothers and sisters growing up on the family farm and most recently working in the industry. Whether it was growing crops or raising livestock, he always enjoyed getting his hands dirty and working until the job was done.

He married Bonnie Rhodes in 1978 and welcomed their daughter, Amanda Johnson, on June 17, 1980. Bonnie and Dean later divorced.

Dean spent most of his adult life driving truck. He traveled across the country taking in the beautiful views that God created. Most recently, he was employed at Landus Cooperative, Dean was able to bring together his love for trucking and the ag industry.

In his spare time, he enjoyed farming, trucking, gardening and camping once yearly at the annual Johnson campout. He never missed it.

Dean met the love of his life and soulmate, Shirley Carlson, who he referred to as “Sweetheart.” With the town house and the country house, Dean was always working on something or letting Shirley put a woman’s touch on things — with a little convincing. They were truly meant to find each other.

Wherever he went, Dean was known for his knowledge of current events that he continued to share with a tip of his white cowboy hat.

In lieu of flowers, Dean’s family has asked that memorials be directed to the donor’s choice.