Election officials say 2019 voting was a good warmup for 2020 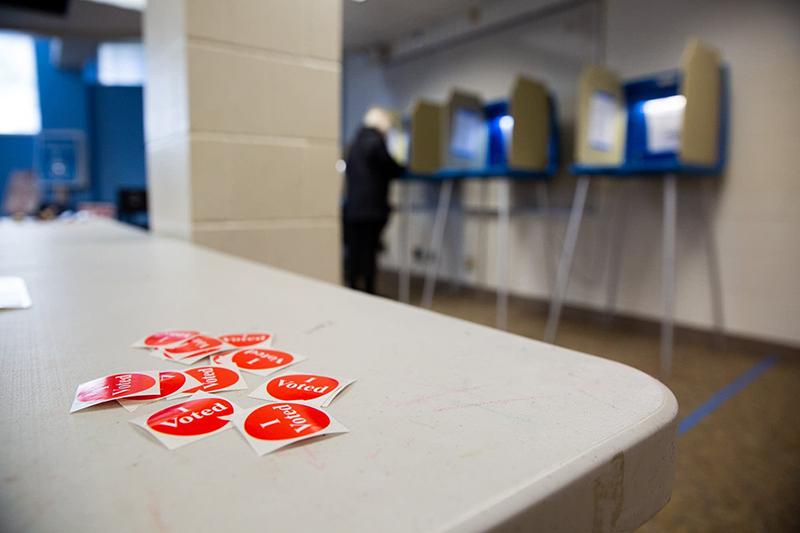 State and local election officials were generally pleased with the off-year voting that took place Tuesday in many Minnesota cities, counties and school districts. They say their voting systems appear sound and secure heading toward 2020, when voter turnout is expected to be much higher.

Minnesota Secretary of State Steve Simon said it was a very good Election Day, with generally smooth processes and mostly clear results. One of the day’s few glitches happened at Simon’s office when the website developed connectivity problems while reporting results.

“The functionality, the actual election-night reporting never went down. There was no dent. There was no ding whatsoever,” he said. “It was just how people accessed that information that was down momentarily.”

Simon said turnout was mixed throughout the state. He said the numbers were flat in some communities and high in others. One of the high turnout pockets was in the city of St. Paul, where a referendum on trash collection drew a lot of interest. There were also city council seats decided.

Dave Triplett, the interim elections manager in Ramsey County, said unofficial turnout in St. Paul was more than 56,000. He said that’s double the turnout of the off-year election in 2015.

“Overall, we didn’t get a lot of concerns or phone calls to our attention, and it was a fairly smooth day countywide,” he said.

Those who did turn out upheld the trash collection ordinance.

There are still a few loose ends to tie up for 2019. Results must be canvassed, and there are a handful of potential recounts. Simon said the close contests include races for Minnetonka City Council, Hopkins school board, Lino Lakes City Council and Richfield school board. He said his office won’t be involved because none of the seats cross county boundaries.

In Duluth, there were contests for mayor, city council and school board on the ballot. Turnout was more than 21,000 of the city’s 66,000 registered voters.

“Elections are a lot like weddings. We actually start preparing for each election about a year in advance,” she said. “We have been preparing for the March 3 presidential nominating primary already, and we’re actually rolling into more definitive preparations for that election this week.”

Helmer said those preparations now include work on cybersecurity. Most local election officials are doing the same.

Triplett said Ramsey County benefits from the added security of a non-networked system, which he says is unique in the state.

“Our judges physically lock the machines up. They audit them. They bring them to our office. We have a team that verifies the chain of custody,” he said. “Then at that point, once we verify that we have the machine and all the seal numbers match up, we load the memory devices into our tabulation software. And then at that point, we report the data to the Secretary of S tate’s office.”

Simon said his latest briefing from federal officials mentioned no specific threats to Minnesota. Simon said he feels good about where the state is at on election security, but the work continues in preparation for next year.

“It’s a constant process of self-improvement,” he said. “So, while we’re grateful for how smoothly things went yesterday, we don’t assume they necessarily will do that by just putting everything on autopilot.”