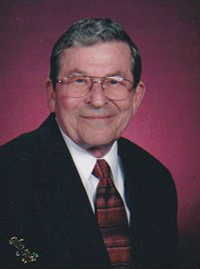 A funeral Mass will be  at 11 a.m. Wednesday at St. Joseph Catholic Church in Owatonna, presided by the Rev. John Sauer. Friends may greet the family one hour prior to the funeral mass at church starting at 10 a.m.

He was born Sept. 22, 1936, in Albert Lea to George and Helen Kittelson. Gordy began a 37-year career in 1956 with Wilson Meat Packing Co. in Albert Lea, working nights in the stockyards. He married Patricia Ann Caron of Owatonna on April 27, 1957, at Sacred Heart Catholic Church in Owatonna. In 1974 he was transferred to Monmouth, Illinois, as an industrial engineer manager, and in 1986 to the Marshall, Missouri, plant. He retired in 1991. Gordy and Pat then moved to Lake Winnibigosh in northern Minnesota, where they enjoyed life by the lake. Gordy worked for the U.S. Forest Service under the senior employment program from 1993 to 1998. He and Pat then moved to Owatonna in November 2003 and enjoyed country living.

Gordy was preceded in death by his wife, Pat, in 2014; his parents; and infant daughter.

For more information or to leave an online condolence message, go to www.brick-megerfuneralhome.com.