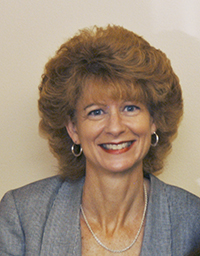 Minnesota legislators have been touring the state this fall, getting a first-hand look at important public assets and infrastructure that is wearing out as they prepare to put together a capital bonding bill. As they travel, they hopefully will take notice of the worn out and increasingly unsafe roads and bridges they are using to travel from point to point.

Average commute times and traffic fatalities each increased in 2018. We’re spending more time in our cars, and the roads of greater Minnesota are becoming increasingly dangerous, with the majority of traffic fatalities now happening on rural two-lane highways.

If legislators decide to include funding for local roads and bridges, bus systems, ports and freight rail corridors in the bonding bill, that will make a difference. But it’s also time for legislators to stop treating infrastructure like it’s a partisan issue where one side doesn’t want the other to get a “win.”

Minnesota’s support of safer, more efficient transportation options knows no party. It’s time for the Legislature to stop playing politics and start working together to address the real need for long-term, dedicated funding that will make our transportation system safer and more efficient.

We’re now 11 years removed from our last ambitious transportation package that sought to shore up our roads, bridges and transit options. Following a decade of work to get caught up, Minnesotans are currently at a crossroads — literally.  Will we resign ourselves to paying for vehicle damage from potholes, lost time with family members, more costly products and yearly fatality statistics, or will we demand action from our lawmakers?

Back in 2008, the Minnesota Legislature did the right thing when they voted to increase transportation user fees like the gas tax to create the necessary resources to adequately maintain our transportation system statewide. The bill was vetoed by Gov. Pawlenty, but the Legislature was resolute enough in its position that they overrode the veto in a bipartisan manner. At the time, the bill was seen as a 10-year plan for addressing the state’s needs. It allowed for a lot of improvements over 10 years, including new bridges to replace fracture critical ones like the 35W bridge, expanded highways, better local roadways and better transit service in more areas of the state.

As we head into year 12 of that 10-year plan, critical needs remain. In our area, we know that improvements are needed along Highway 14, I-35 and I-90, but without some bold vision from our elected officials, they will definitely languish as they are not included in MnDOT’s 20-year highway investment plan. In addition, local roads and bridges are deteriorating and our local transit system SMART Transit is facing growing demand while struggling to replace aging buses.

Legislators on both sides of the aisle recognize that shoring up our key transportation corridors is important to increasing our productivity and strengthening our economy.  It helps producers in the agricultural and manufacturing sectors to get their products to market easier, and allows people to get where they need to be quicker, and more safely. But while they agree on what needs to be done, they are allowing partisan rancor to get in the way of these important improvements to the lives of all Minnesotans.

Minnesota needs leaders who are willing to put petty partisan bickering aside and take bold action to make the changes needed to get our state moving again. We saw what could happen when in 2008 legislators took bold action and set us up with a 10-year plan. It is time for the Legislature to create a new 10-year transportation plan to help move us forward as a state and reconnect our communities for a safer Minnesota.

Margaret Donahoe is the executive director of the Minnesota Transportation Alliance.