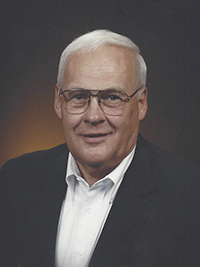 He is preceded in death by parents Rudolph and Clarice Laak.

Holly worked for over 34 years in law enforcement, initially as a sheriff’s deputy in Freeborn County, then becoming the youngest elected sheriff in 1967, where he served for 16 years. In 1982 he became the executive director of the Minnesota State Sheriff’s Association, serving until his retirement in 1994.

Holly had a strong devotion to his Christian faith and would pray daily for those on his extensive prayer list. His inspiration for life came from his loving family.

Visitation will be at 10 a.m. Friday and will be followed by a memorial service at 11 a.m. at Amazing Grace Lutheran Church, 7160 S. Robert Trail in Inver Grove Heights, MN 55077

In lieu of flowers, the family requests memorials be made to Neighbors Inc. or Amazing Grace Lutheran Church.