A memorial service for Kenneth I. Petersen will be at 11 a.m. Monday at First Presbyterian Church in Albert Lea with the Rev. Dwight Netzer officiating.  Military honors will be performed by the Albert Lea Area veterans organizations.  Visitation will be from 4 to 6 p.m. Sunday at First Presbyterian Church as well as one hour prior to the service Monday. 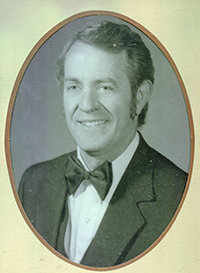 Kenneth passed away after a nine-year battle with cancer Wednesday, Nov. 27, 2019, at Thorne Crest Senior Living Community in Albert Lea.  He was 88.

Kenneth Irwin Petersen was born Oct. 20, 1931, in White River, South Dakota, to Peter and Katherine (Nielsen) Petersen.  He was the second youngest out of nine siblings in his family.  In 1937, the family moved to Albert Lea, where he has been a resident ever since. After graduating from Albert Lea High School, Kenneth enlisted in the United States Air Force, where he served honorably from 1951 to 1953. During his service, he was stationed in Newfoundland and Omaha, Nebraska. When he came back he started farming, and continued his farm operation for many years.  Kenneth was voted the Outstanding Young Farmer in his early years, being recognized for having one of the top dairy herds in the state of Minnesota. His passion for farming never left him, and he enjoyed life on the farm.

Kenneth was a member of the Elks, and served as exalted ruler.  He also served on many projects and volunteer opportunities through the Elks, like the trips serving at the youth camp. He was a member of First Presbyterian Church for many years.  Kenneth always kept a close eye on Minnesota sports — whether it was Twins baseball, Gophers sports or Vikings football, he followed them all!

He is preceded in death by both parents, Peter and Katherine Petersen; and two sons, Douglas and Scott.

In lieu of flowers, memorials are preferred to Mayo Clinic Hospice or First Presbyterian Church in Albert Lea.

The family would like to thank all the caregivers at Good Samaritan, Thorne Crest and Mayo Clinic Hospice for the care and compassion given to Kenneth.  Blessed be his memory!