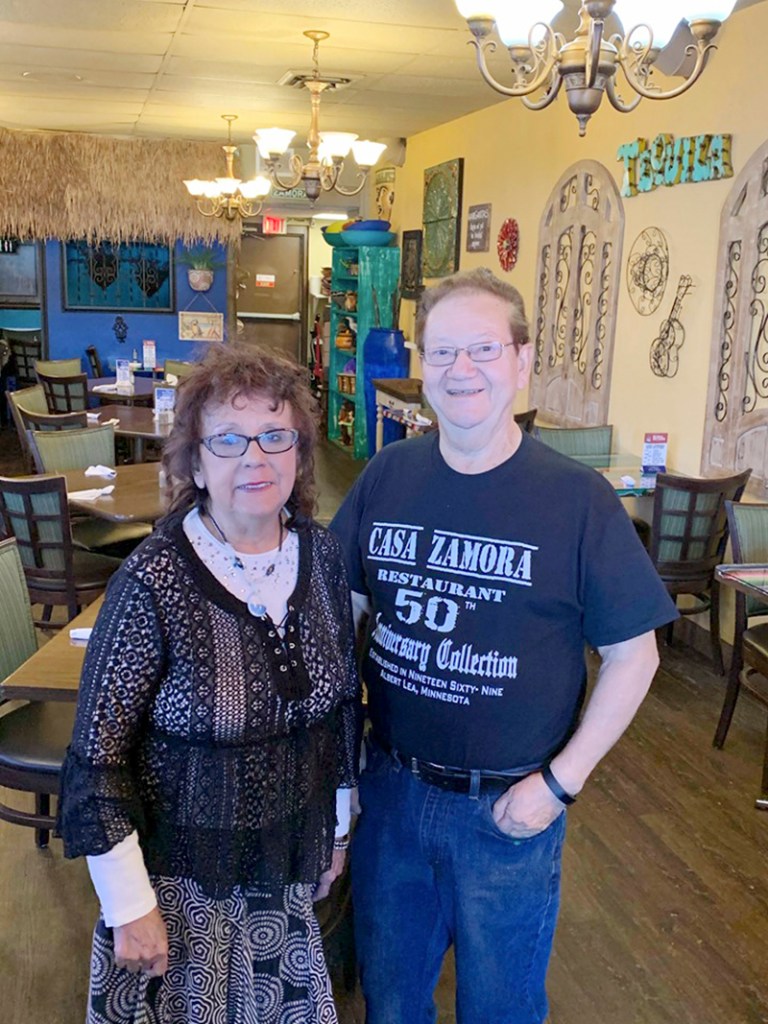 On Nov. 9, 1969, Jake and Lupe Zamora, along with three of Jake Zamora’s older brothers and their wives, decided to go into business together. All of the Zamora brothers had full-time jobs when they took an entrepreneurial leap by opening Casa Zamora, then at 927 S. Broadway, as additional income to raise their growing families, according to a press release.

Between 1978 and 1983 all of Jake Zamora’s brothers and their wives chose other paths for their lives, leaving Jake and Lupe Zamora as the sole owners. They moved the business to 2006 E. Main St.

Jacob and Lupe Zamora still operate Casa Zamora with two of their four adult children, Brenda and Jay, as managing partners. The Zamoras have more than two centuries of combined in-house experience and five decades of restaurant service.

Together, all four Zamoras are responsible for day-to-day operations, catered events and parties and are dedicated to maintaining their family unity and brand, the release stated. As they celebrate their 50th year of business, they continue to be the oldest original single-family-owned and operated restaurant in Albert Lea history, according to the release.

Casa Zamora is the first Mexican restaurant in southern Minnesota and northern Iowa, the release stated. Back in 1969, it had to close Mondays, so they could drive to St. Paul for supplies as it was the closest place to buy Mexican ingredients. Not a store in Albert Lea carried tortillas for years to come, the release stated, and in the beginning the Zamoras made their own — until they couldn’t keep up with the demand anymore.

“One would think in 1969, with only a handful of restaurants as competition our road would be smooth, and although, that would have been a great story, that wasn’t the case,” Jake Zamora said in the release. There was no exposure to diverse foods and everyone thought for years that Zamora’s food was spicy hot. 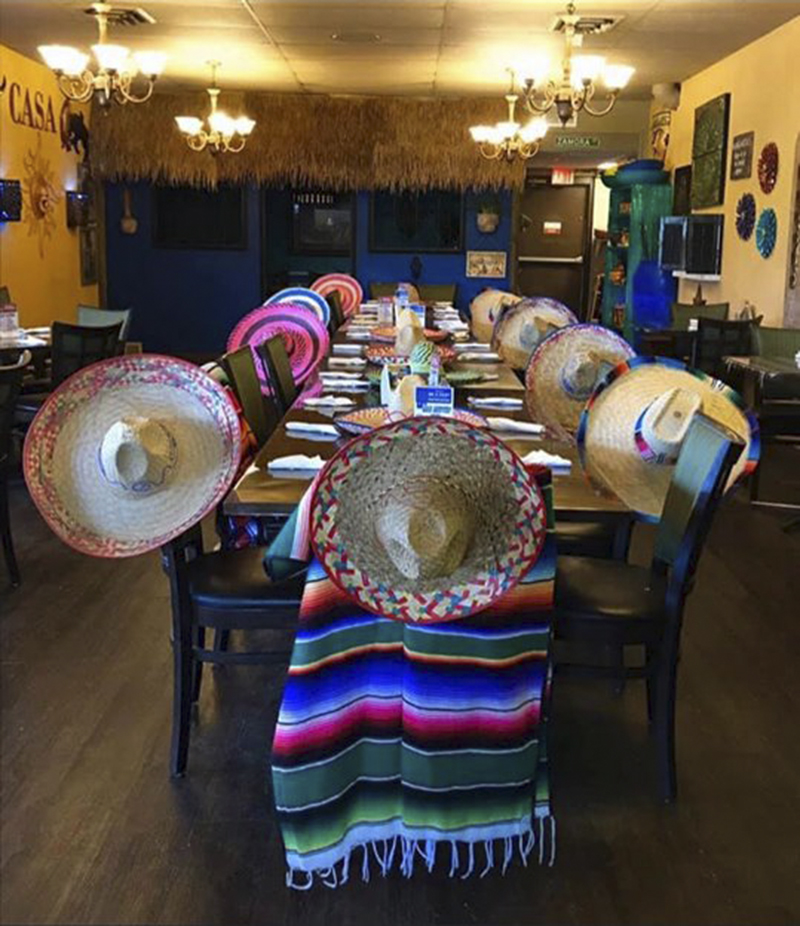 A view inside Casa Zamora. – Provided

According to the press release, the true legacy of Casa Zamora is the secret family recipes that have been perfected and passed from generation to generation. With the exception of their chips and tortillas, everything is made from scratch daily.

“Our enchiladas, have put us on the map, with over 30 varieties, they sell 10:1 over tacos, there’s no disputing their popularity,” Ben Zamora said.

“It’s amazing to serve third and fourth generations of family members around a table that aren’t your own,” Lupe Zamora said. “It never gets old, we are very lucky to have such loyal supporters and I’m very thankful for each and every one of them.”

Casa Zamora just celebrated its 40th year at the Freeborn County Fair and has had one of three permanent food stands calling the fairgrounds home since 1979. Casa Zamora is a 10-time winner voted Best Mexican Food by the readers of the Albert Lea Tribune.

“We understand that the community we serve is the foundation of our success so we do our part to donate to nonprofits, benefits, sporting events, school programs and local fundraisers on a regular basis,” Ben Zamora said.

When asked to describe what it took to survive the first few years of business, Jake Zamora said, “It was sheer determination and will that kept them going and today is no different. If you want to play the long game you better be prepared to work for it every step of the way.”

What’s next for Casa Zamora? The first Casa Zamora-branded food truck to hit the streets in the near future. 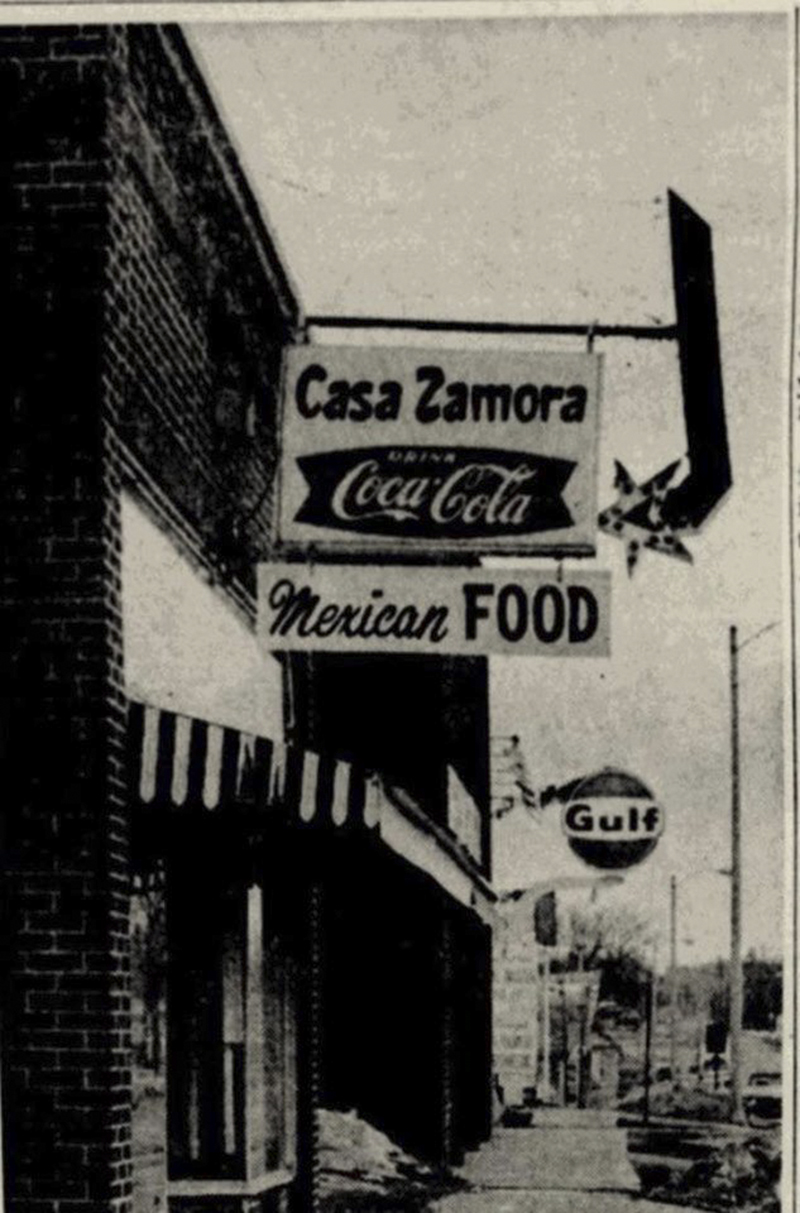 The original Casa Zamora was at 927 S. Broadway. – Provided